Crossing Mandelbaum Gate: Coming of Age Between The Arabs and Israelis 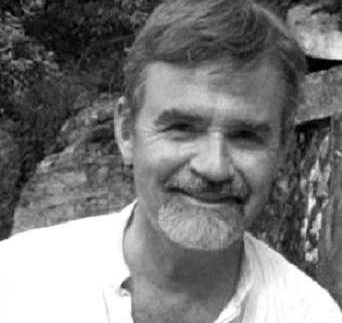 When writing about the Middle
East, it is constantly challenging to separate rhetoric from personal experience and impressions from
stereotypes. The difficulty of separating the
personal from the historical and rhetorical is clearly apparent in Kai Bird’s
rambling memoir, Crossing Mandelbaum
Gate: Coming of Age between
the Arabs and Israelis, 1956-1978 .

Bird’s intentions may have
been to create a book that melds his memories of a childhood in Palestine,
Saudi Arabia and Egypt with a historian’s perspective on the major events that
he experienced firsthand as an expat in the Arab World. He manages to do this
more or less successfully in the first few chapters, providing intriguing
insight on everything from life in post-1948 East Jerusalem to
the beginnings of the Saudi oil empire and diplomacy in Nasser’s Egypt.
However, the later chapters become confusing as Bird needlessly tries to
reconcile the (false) dichotomy between his affinity for the Arab World and his
marriage to an American Jew, whose parents fled the European Holocaust.

The later chapters
cover the experiences of Bird’s in-laws during the Holocaust and discuss the
origins of Zionism. Although the stories are very interesting, it is unclear
why Bird felt compelled to include these chapters in what is supposed to be a
historical memoir of his own experiences in the Middle East. It is a
shame that it seems to be an unwritten requirement that books on the
Middle East published in the United States today must include a discussion of
the Holocaust and Zionism, as if to justify Israel’s actions and the
political situation in the Arab world. These ‘required’ chapters would make a
great book on their own; but they have no place in Bird’s memoir.

While a similar
self-conscious need for ‘balance’ shows through in Bird’s discussion of his
childhood in East Jerusalem, the chapters on Egypt and Saudi Arabia in
particular are interesting. Bird’s narrative is based on his own observations
and the stories and papers of his father, an American diplomat. Bird lived in
Saudi Arabia when American presence in the kingdom was still a new reality and a
source of intense friction. Bird describes the strange world inside the
ARAMCO compound, and the many ways in which the oil business
drove political relations between Saudi Arabia and the US during that
time.

A good
memoir should contain amusing anecdotes, historical facts and a healthy
dose of introspection. Bird’s memoir contains the first two elements but fails
to delve sufficiently into his clear personal struggle between his
fondness for the Arab World and the current political reality in the US,
which seems to demand that his marriage to a Jew should be diametrically
opposed to his sympathy for the Palestinians and his regard for Arab
culture and history.

Palestine Betrayed, Beware of Small States: Lebanon, Battleground of the Middle East, The Arabs and the Holocaust: The Arab-Israeli War of Narrative

Kai Bird is an American Pulitzer Prize-winning author and columnist. Born in 1951 in Oregon, Bird's father was a U.S. Foreign Service officer, and he spent his childhood in Jerusalem, Beirut, Dhahran, Cairo and Bombay. His biographical works include The Color of Truth: McGeorge Bundy and William Bundy and Hiroshima's Shadow: Writings on the Denial of History and the Smithsonian Controversy.