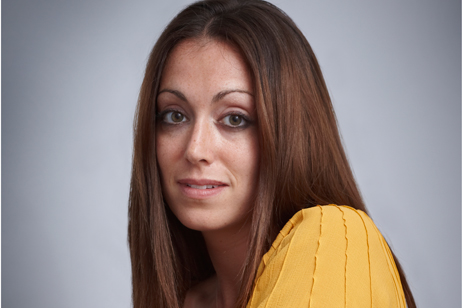 Literature
has always benefitted from the idea that we live in a global village. The
pursuit to discover other cultures and exotic habits is always fascinating
especially when set to the backdrop of an interesting story and complex
characters. In her new book The Meeting Point, Lucy Caldwell delves into
a culture that has been rarely unearthed in Western fiction works; the Gulf.

Set in
Bahrain, Caldwell tells a story that includes only a few characters, but
contradicting ones nonetheless. As the Iraqi war starts, the story follows two
main characters – Ruth, an Irish woman who moves to Bahrain with her husband
and baby to do Christian missionary work, and Noor, a British-Bahraini teenager
who has moved from London to live with her father after her parents’ divorce.

As the two
characters meet and form a friendly bond, they both discover weaknesses and
strengths inside themselves which are tested by a swaying turn of events that
changes the course of their relationships with others. Noor struggles with
feelings of self-loathing, while Ruth begins to question her faith and marriage
as she meets Noor’s cousin, Farid.

Ruth’s
character might shock the readers with behavioural ups-and-downs that might
come off as a little unbelievable. Yet the style of writing, and maybe the
presence of other unstable characters, makes the reader fall back on
psychological explanations to her transformation from a rural Christian girl to
a woman who has an affair with a nineteen year-old boy and starts to suddenly
doubt her faith.

Most of the
characters of The Meeting Point are afforded with detailed accounts of
their emotions and thoughts. However, the progress of the story could have been
more appealing to the readers. For one thing, it moves slowly and only scrapes
over the surface of the events. The description of the setting, the dusty winds
and heat of Bahrain gave certain credibility to the events, but it comes across
as a novelty rather than being significant to the plot.

Strong,
unspoken relationships and paradoxes are what The Meeting Point is
about. It builds on slowly rising resentment and desire, for attention as well
as understanding. The Meeting Point is one of those novels that will linger and resonate in your mind long after you flick over the
last page.

Mounira's Bottle, In Their Father’s Country, Where They Were Missed

Lucy Caldwell was born in Belfast in 1981. In 2004, Caldwell's first short play, The River, won her the PMA Most Promising Playwright Award. Her debut novel Where They Were Missed, set in Belfast and Gweebarra Bay was short-listed for the 2006 Dylan Thomas Prize and the Waverton Good Read Award.