When the Honeymoon is Over

May Taher: When The Honeymoon is Over 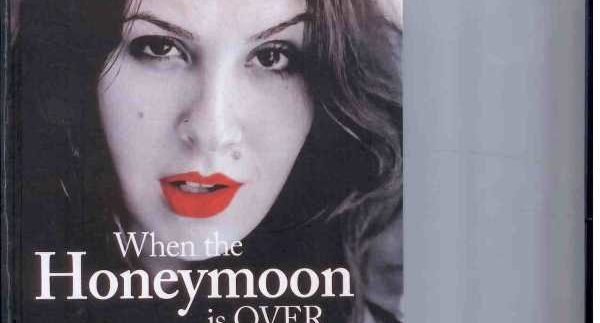 With a slew of
young, Egyptian female authors publishing their works of fiction in the last two years,
May Taher is the latest to debut on the local market with When the Honeymoon is Over; a collection of sixteen short stories
about Egyptian couples and the tumultuous nature of relationships.

The
collection covers the same old stories you’ve probably heard about: the husband
who cheats, the successful single woman who returns to Egypt to get married (she’s in her
early thirties-the horror!), the recently divorced single mother trying to date
again, the wife who’s had enough of her overbearing mother-in-law and slob of a
husband… It’s the familiarity of the characters and their stories that will help
this book appeal to a large Egyptian audience, especially young women in
relationships.

Though these stories could easily happen to someone you know, they lack the depth and realism to
make them believable. The characters seem two-dimensional, especially the males
who mostly range between the self-absorbed husband, the cheating husband, the amorous
lover and the slob of a husband, among others. In comparison, the women mostly
seem to be driven, independent, strong-willed and emotional. The stories seem mostly in favour of the female characters.

Some stories are so ridiculous; they are funny, such as the frizzy-haired wife who discovers Keratin, and that helps her reignite her bedroom antics with her husband, while other stories seem borderline ludicrous, such as the mother-of-two who sleeps with an American at a wedding and he convinces her to move to LA with him.

Though the author is careful to throw in Cairene references like Tivoli and Harris Café, the characters seem to live in another world, one
where kisses can casually be shared in cars, wives can easily sleep with
strangers in Sharm El Sheikh, and turbulent domestic disputes can easily be resolved with a witty one-liner.

The characters’ emotions lack substance, and the author fails to explore certain characters’ moral ambiguity or tap into the complexity of Egyptian society today, where fear of societal repercussion still prevails.

That being said, credit
should be given to the author for avoiding blatant anti-male shtick or preaching against relationships, unlike many of her contemporaries. What Taher
does preach, however, is the need to fight for love, a message that is printed
in her introduction as well as on the back cover.

Taher’s
stories read like fairytales: they lack realism, the characters are either villains or heroes, the dialogues
seem contrived and conflicts are resolved far too easily. While it’s good to
believe in love, the stories she uses to back up her belief may leave some
exasperatedly throwing up their hands in the air and yelling ‘Oh, come on!’

While the author’s writing quality may be
considered high on Egyptian standards; it is comparatively poor in the
Western publishing hemisphere; judging by errors and poor language style in
several parts of the novel. That being said, the book is a commendable debut effort by the author that will hopefully mature and develop in the future.

May Taher is currently a staff writer at Community Times, one of Egypt ’s leading community magazines. Her writing career started 10 years ago as a freelancer while she pursued her main career in Marketing Communications. A graduate of the Faculty of Commerce in 1999, Taher has also worked in public relations, events and corporate communications.