Music and Media in the Arab World

Michael Frishkopf: Music and Media in the Arab World 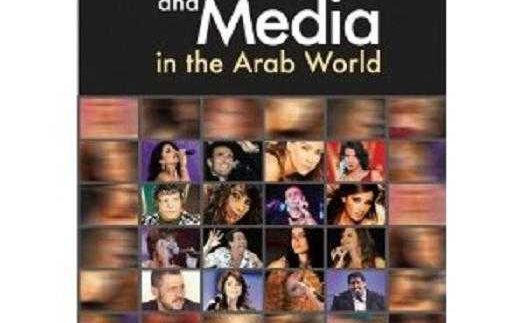 Themes of modernity and the evolution of media technology have brought
about penetrating changes in pop music culture, forming what is aptly termed ‘mediated
music’ in academic discussions.

Written by fifteen authors, and consisting of just as many diverse viewpoints, Music
and Media in the Arab World is a ‘meta-discourse’ about the present state
of music culture, as well as an attempt to map the changing domain of popular
culture.

The book starts with examining the criticisms of new mediated music–
conservatives assert its aesthetic inferiority and ‘ephemeral quality’ compared
to the timelessness of classical
Arabic music.

This approach is not new. It brings to mind the classic debate upheld by
critic F. R. Leavis, where he entirely dismissed popular music. This is the
point that Michael Frishkpof disagrees with and from where he derives his argument; ‘negativity
is itself worthy of study.’

The first part of the book offers a historical overview of the music
scene, starting from the establishment of the local radio and the golden era of
prominent artists, until the domination of kitschy albums and the financially-appealing
genre of the video clip.

The second, and more intriguing, aspect deals with the critique of the
various categories of mediated music and low-budget productions. Attention is paid to religious judgment, bearing in mind that mediated music– even if
low-brow– is still very influential.

The book then reflects on the meaning and content of video clips,
discussing in detail several examples and amazing the reader with the serious
implications underlying ‘the singing of the body.’

Music and Media in the Arab World is an
entertaining exploration and commentary on today’s music scene. For the more
cultured reader, it holds appeal through the use of different theoretical
approaches.

Postcolonial ideas feature prominently in the book, with frequent
references to Benedict Anderson’s concept of ‘imagined communities.’ The
Marxist approach is apparent in analyzing the historical conditions that
produced the mediated music, in addition to a feminist reading of the image
of women in musical culture.

Overall, the book is well written and has some interesting insights; yet
the chapters do not flow smoothly. While some chapters are very engaging with a
clear line of thought, others fail to bring home a clear point, and ultimately fail at maintaining the reader’s
attention.

This book makes a worthy attempt at presenting how the banality of pop
music came into being, while providing insight into the psyche of both the artist
and the audience.

Popular Culture in the Arab World, Arab Cinema: History and Cultural Identity, Parallels and Paradoxes: Explorations in Music and Society

Michael Frishkopf is an associate professor at the Department of Music, and associate director of the Canadian Centre for Ethnomusicology, University of Alberta (Canada). His extensive researches and articles have contributed to the Arab music industry, in particular to Sufi music.