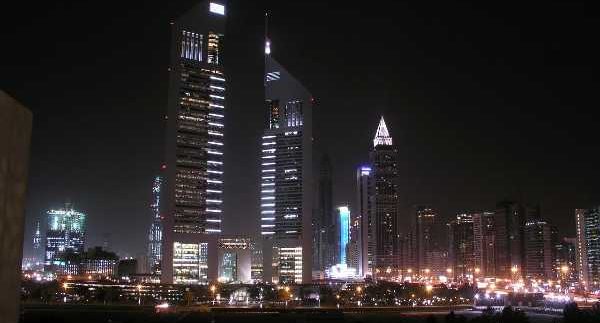 It’s not that often that one can find a novel with an innovative idea,
let alone find one in a simple and attractive style too. Drumbeat can be
the exception; it’s a perfect blend of originality and imagination.

Drumbeat takes place in
a fictional Emirate in the UAE during the national team’s World Cup-qualifying match in France. The ruling Emir orders all nationals to travel on state
expenses to cheer for the champions in France, leaving the country empty and in
the hands of imported labourers.

Multilingual workers, servants and even police officers start to wonder
what they will do with their newfound freedom, as they enjoy wandering freely on
the empty streets, driving their masters’ fancy cars and living like they own
everything.

The story starts to take shape when the narrator meets Zahiya, an
Egyptian who works as a ‘companion’ in a nearby palace. From her recounting of
her life behind walls, the reader gets to see the other side of these workers’
lives in the Gulf, the secrets and the hardships that they face but can’t speak
of or they’ll be sent back home.

The novel is not set to motivate or inspire; it’s a story as a story
should be: a sheer telling of fictional events. The plot unfolds in such a
gripping and compelling way that the reader will become intrigued and desperate
to know what will happen next. Fortunately, it’s not a long book; so you’ll
find out soon enough.

What adds to Drumbeat’s charm is
the author’s attention to the little details; so much so that the reader feels
the scene and can almost see it.

What separates it from perfection, though, is that it sometimes feels
rushed with some plot holes left unfilled. The character of Zahiya may also raise
questions as to her authenticity: to some, the character may seem forced and awfully
exaggerated, especially considering what she had to do and hide to keep a job.

It may have some flaws; but that doesn’t compare to how realistic the story’s
events are. Drumbeat is one of those novels that pull you in; a simple
and fast read with riveting characters and a storyline that won’t leave your
hands until it’s finished.

A Last Glass of Tea , House behind the Trees, Hunger

Mohamed El Bisatie was born in 1937 in Al Gamalia. He is the author of a number of novels and short stories. Most of his novels have been translated into many languages. His recent novel Drumbeat won the Sawiris Foundation Award for Egyptian Literature.