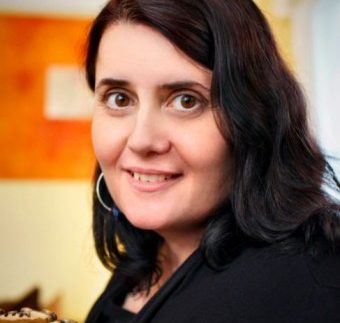 Rebels by Accident, by Patricia Dunn, tells the story of two American girls who during their temporary exile from New York to Cairo fall into the hairs of a revolution that isn’t theirs, while undergoing a personal revolution of their own.

Narrated by Mariam, a 16-year-old Egyptian-American – more American than Egyptian and who looks up to celebrities like Snooki from the reality television show Jersey Shore – the book is intentionally written for the American, female adolescent in the current era of Tweets and Tumblrs.

Reviewing this book as a male in his mid-twenties, Rebels proved difficult to relate to. But in lieu of a tirade against a genre that often belittles the ability of young adults to read good literature, the book provides an accidental sample of the vernacular language of mainstream American youth and a layered tableau of a situation that gave rise to a historic revolution.

Dunn’s style relies on rich dialogue quick with jarring profanity, that is occasionally humorous but sometimes awkwardly contrived, and forced with ironic allusions to pop culture like an Egyptian grandmother, commonly referred to as ‘sittu’, with Taylor Swift for an iPhone ringtone, or cloying references to High School Musical and Hannah Montana.

Toured around Cairo by Mariam’s spunky Sittu in the onset of the 25 January Revolution, the girls’ paradigm of Egypt, Islam and the Middle East as a world beyond theirs is forever changed. Through Mariam’s eyes, we witness details otherwise ordinary but true to the Egyptian context as she and her friend Deana enter Sittu’s rent-controlled apartment, shop for colourful hijabs at a local mall, and encounter the gaze of men and their crotches.

The plot, typical of a coming-of-age story, touches on the timeless themes of rebellious youth, fractured identity caught between cultures and generations, the sowing seeds of infatuation and desire, the yearning for affirmation and belonging, and the cathartic entry into adulthood.

In an interview with Cairo 360, Dunn spoke about the challenge of writing for young adults: “I resisted writing from the point of view of a teenager for a very long time. I love teens, but they can be tough and very honest. But the more I tried to make my narrator sound like an adult, the more Mariam kept pushing her voice through.”

At times, casual exchanges are woven almost organically with morsels of wisdom that speak subtly of truths so telling. Upon arriving at the Cairo airport where a stranger attempts to steal their luggage, Mariam tells Deana: “Mom says sometimes the worst crimes happen in front of a whole lot of witnesses who do nothing – Hey, do you think we’re in the right place?”

As a 48-year-old, New York-native, Italian-American, Muslim, mother of a teenager and a professor at Sarah Lawrence College – who in her summers instructs a writing course for teens – Dunn fully understands the effects of reducing individuals to ascriptions and in her novel attempts to convey a message of self-acceptance.

“I wanted this book to be something that teens, especially teenage girls, could see the importance of not accepting anyone’s judgements of themselves,” she says, adding, “I wanted this to be a love story. But not just boy meets girl. But a love story about family and friends and place and about loving oneself.”

Dunn went onto describe why she chose Egypt in the time of revolution as the book’s setting: “I wanted American teens to see that they can make a difference. The youth of Egypt have shown the world that we can all make a difference. Every voice counts. Yes, revolutions are a long process. But they start with one voice and then another and another – the Facebook generation, right?”

Context aside, Dunn’s work is formulaic of young adult fiction, and frankly so. Wrought with emotion and tickled with the same innuendos that make romance paperbacks pillow and plate for old maids, Rebels by Accident could likely have teenage girls going gaga over galabeyas.

Confessions of a Shopaholic

Patricia Dunn is a teacher at Sarah Lawrence College, where she received an MFA in Creative Writing. She was the managing editor of Muslimwakeup.com. She has written for several outlets including The Christian Science Monitor, The Village Voice, The Nation, and L.A. Weekly, among others.