The God of Small Things 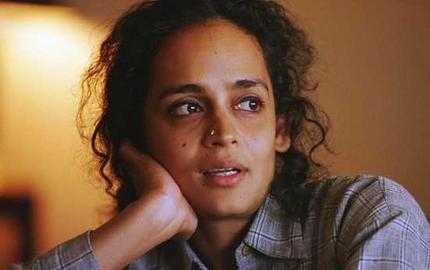 Arundhati Roy’s Booker Prize-winning novel The God of Small Things is a work of many layers. The novel focuses on the story of a brother and sister, fraternal twins who are separated at the age of seven.

Beginning with a sunny tale of two children raised by their eccentric but devoted mother, a gregarious and heartbroken intellectual uncle and a sharp-tongued grandmother, the events of one fateful day change everyone’s lives forever. Roy has a gift for describing pain and cruelty as seen through the uncomprehending and frank lens of the child’s perspective, and the great pains people will take to escape heart-stopping loss.

The book pays homage to the Indian province of Kerala, a scathing look at British-Indian relations, domestic and political hardships, and a tragic tale of a family unravelling amidst a rapidly changing society. It tackles the communist riots in Kerala of the 1950s and 60s and the competitive circles of Syrian-Christian-Indian society. It also tackles the complex family relations of an abusive family patriarch, a mother verging on the edge of madness and poor health, and the strained reunion of the twins at the age of 31.

Roy’s language is unique. The narrative flits from first-person accounts of the young Estha and Rahel, the ’two egg twins‘ who are bound by an inseparable tie, to the narratives of the children’s grandparents on Indian national history. The plot is anything but linear, and it takes the reader several chapters to discover that the entire storyline is hinged on one singular and tragic event, which is built up layer by painstaking layer throughout the novel.

At times the plot is overwhelmingly complex, but Roy nonetheless crafts a vivid tale. The local Malayam dialect is incorporated into much of the text, along with the author’s unconventional use of language.

As many critics have observed, Roy seems to produce a work of visual rather than literary impressions. The God of Small Things is a beautiful tale that serves as a painful reminder that our sorrow is inherited; whether or not it can be shed remains to be seen.

Arundhati Roy (born November 24, 1961) is an Indian novelist, activist and a world citizen. She won the Booker Prize in 1997 for her first novel The God of Small Things. Roy was born in Shillong, Meghalaya to a Keralite Syrian Christian mother and a Bengali Hindu father. She spent her childhood in Aymanam, in Kerala, schooling in Corpus Christi. She left Kerala for Delhi at age 16, and embarked on a homeless lifestyle, staying in a small hut with a tin roof within the walls of Delhi's Feroz Shah Kotla and making a living selling empty bottles. She then proceeded to study architecture at the Delhi School of Architecture, where she met her first husband, the architect Gerard Da Cunha.