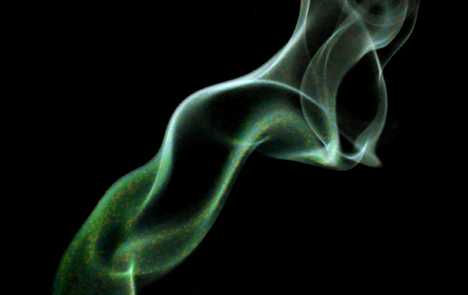 Operating out of a small shop in one of Nasr City’s souks, Ahwet
Samah is a little less than what you expect from a baladi shisha place. The
ahwa has its regulars, but these are mostly groups of young men less interested
in the quality of shisha, and more interested in comparing bicep sizes.
Masochism, it would appear, is a prerequisite for becoming a regular here.

The ample parking is probably the highlight of this ahwa; once you leave
your car, your table will be right on the street next to it. At least you don’t
have to worry about car theft. It takes a few minutes for the gentlemen working
there to notice a new customer, and while they are affable enough, we had to
repeat our order several times for it to stick.

The odour wafting in from the nearby kebdagy (read: street liver
sandwiches) sets off the ‘Yummy!’ button, when it should be setting off the
‘Hell no!’ button. For 2LE per sandwich, meat does not get cheaper than this.
It’s exactly what you would expect from a street stall selling liver and
sausage sandwiches. Other than gawk at the primordial stew simmering in rusted
pots, there isn’t much else to do.

Hopes for a sanctioned game of Tarneeb were dashed to the ground when
the staff explained that since we’re sitting on the street, card playing is
illegal. How about a game of dominos? Nope, that too is apparently illegal.

The shisha arrives pre-burnt, so you’re 100% guaranteed to inhale
burning coal into your pink lungs, rather than tobacco. A comedic episode
transpires when you realize they’ve given you one of those sissy ’medical’
pipes; It’s an image that is incongruous with the machismo associated with
smoking shisha, so even that simple pleasure is extracted from the experience.

Ahwet Samah is no place for the faint of heart, so go only if you’re looking for something a bit rough around the edges, and won’t be put off by service hangups.

Let’s just say a visit to this street-side haunt may not be all fun and games (pun intended) but as mum and dad would say, it builds character.