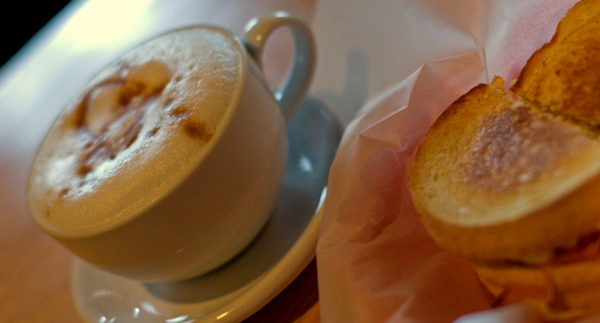 For those
of you who’ve frequented any of the three or four star hotels in Egypt, you would
probably categorise Flamenco Café as another typical hotel
venue. Located on the first floor of the Flamenco Hotel, just above Carmen Pub,
Flamenco Café serves overpriced, medium proportioned meals and beverages.

The
restaurant and café is easily accessible from the staircase of the hotel; it consists
of ten dining tables, each of which could potentially seat five people. It was
poorly lit, with half the lights not working in the evening, but offers lots of
daylight during the day. The venue has several large windows but they only
provided an unappealing view of the outside buildings and Gezirah El Wosta Street.
When we visited, the tables were set with
yellow and maroon coloured table cloths that complemented the wooden chairs; each
with yellow napkins and a white vase with a flower. The walls, decorated with artistic
dark-framed pictures, gave the room a lively feel.

The place
doesn’t get a lot of visitors except during meal times so the atmosphere was very
relaxed, with music being softly playing in the background – ranging from pop
music to soft classic.

The two large cappuccinos we ordered were
served to us in small coffee cups. They were overly filled and lacked creativity;
the coffee was plain and tasteless, leaving very little to enjoy. We settled
for the steak (66LE) and a club sandwich (34LE), both were served on small plates.
The steak was cooked well and came with a side dish of rice,
while the club sandwich was cold and hardly had any meat in it, with a poor side
of pickled salad and a few chips. If one should choose to go there, the grilled
meals are more suggestible.

The menu has
a variety of dishes, with prices similar to those of many other restaurants around.
Flamenco Café does not differentiate itself in any particular manner and one
would have to think twice about paying the same amount as other quality restaurants.
The meals were not visually attractive either.

The
appetizers, soups and salads range in prices from 15LE up to 55LE for a salmon starter.
Main courses include meat and fish dishes,
as well as pizza and pasta with prices between 30LE and 110LE, which is
probably the most expensive item, for grilled shrimps. Local beer and wine were
overpriced with a bottle of Sakkara costing 20LE.

There were only
two waiters working at the café at the time of our visit and even though the place was empty when we
arrived, it took the waiter twenty minutes just to get two cups of coffee. The
staff was friendly, but not talkative; they didn’t ask the obligatory questions
about the food and drink – as many other places tend to do. However, their
low-key attitude did pose a problem when ordering the check, as they were nowhere
to be found.

There is
nothing that really sets this restaurant apart from the rest.  Any coffee shop could serve better coffee for
the same price and the much more appealing Carmen bar, just a floor below in the
hotel, serves beer and wine for the same prices, yet it offers a variety of
cocktails too.

If you just want a drink, head down to Carmen pub for a better selection.

A private, relaxing atmosphere with no minimum charge.

It’s overpriced for the standard of food.