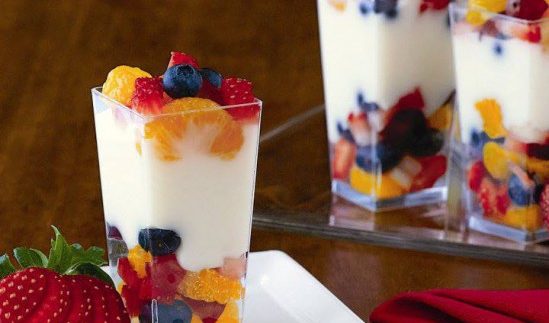 A long line of restaurants and cafes serving healthy food choices have recently took Cairo by storm. While they approach the concept of healthy food differently – some detail the entire calorie intake and nutritional value, others offer less fatty versions of popular dishes – what’s for sure is that these ventures are definitely finding customers.

The newest addition is inSeason, having recently opened its doors in Zamalek. We were immediately drawn in by the salad bar, where we found plentiful and healthy choices, including options that aren’t usually available at other vendors like asparagus and quinoa. The salads start at 38LE and the eatery also offers baked potatoes for 25LE which you can top with tzatziki sauce, mushrooms or beef bacon.

When you think about healthy drinks, you’re probably picturing a fruit cocktail with no added sugar or preservatives – but inSeason takes that a step further.

If you’re well versed in healthy eating, you probably understand the process of ‘detoxing.’ Your diet consists of purely liquids for a period spanning a few days, the purpose of which is to force out all sorts of toxins from the body. inSeason embraces this concept entirely, offering six different cocktails each of which has a specific dietary purpose. We tried the Lean Mean & Green (25LE) which consists of apples, lemons and ginger, plus cucumbers, arugula, celery, turnips and parsley. Unusual but tasty, the cocktail is labelled as a means of detoxing and helps weight loss. You may also notice that it resembles a light salad dressing in flavour.

Our second cocktail was the Metabolism Mega-Drive (25LE) which is rich in vitamin-C, increases your metabolism and strengthens the immune system, consisting of carrots, oranges, pineapples, lemons and ginger. While this is a traditional, or just logically acceptable, drink in terms of contents, the taste of oranges overpowered everything else, though the ginger gave it a bit of kick.

We also decided to try desserts andopted for a Crunch Zone (35LE) which consists of a layer of honey in a cup topped with vanilla flavoured yoghurt, cherries, granola and roasted walnuts. Wonderfully delicious and unusual tasting thanks to the light flavoured yoghurt, the cherries were fresh and the granola created a texture mix to balance it all out.

We also opted for the Original Greek (8LE); a simple concoction of yoghurt with honey. While we were assured it was fresh, it tasted unfortunately stale.

inSeason also offer a range of healthy foods and condiments like virgin olive oil, physalis, kiwi and pumpkin jams, as well as organic fruit and vegetables.

While the prices are a little high for the portions, as most ingredients are imported, inSeason is still a strange and unusual experience that’s worth a try. You probably won’t be a returning customer if you’re not as hardcore about your diet, though.

Everything is a little overpriced.