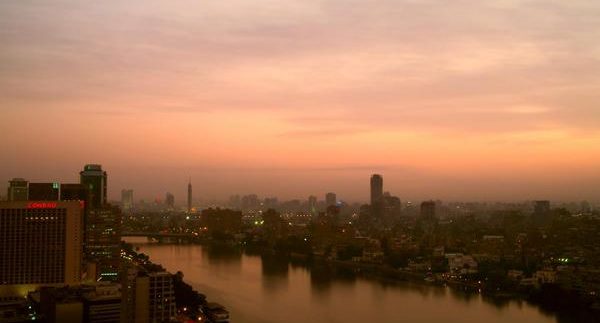 There’s nothing quite like that feeling of casually checking the date and realising that it’s Thursday. Normally we count down the seconds till the weekend, but this week, we’ve been preparing for what are shaping up to be an eventful few weeks – starting tonight!

Thursday marks the long awaited start of the CirCairo International Circus Festival today at Abdeen Square, with local performers being joined by M Circus of Holland. Meanwhile, the 5th Panorama of European Film continues with screenings at both Galaxy Cinema in Manial and Stars Cinema in Heliopolis shopping behemoth, Citystars.
Over in Downtown Cairo, TransDance 2012 moves its celebration of contemporary dance choreography and performance into the second day with Igor Dobricic’s TABLE TALKS. Elsewhere, the three-day Shnit International Short Film Festival launches at Darb1718, with the first of some 200 film screenings.
As always, live music is aplenty, with Cairo Jazz Club hosting old-school rock & roll band, the Cadillacs and Beatles tribute band, Glass Onion. Over in Zamalek, Grammy award-winning musician, Fathy Salama, and the Abdel Hamil Nowera Ensemble perform at Cairo Opera House, while bohemian bookstore, Sufi, welcomes socially-conscious collective, Nagham Band.
Handicraft lovers will flock to Maadi today for El Raseef Festival with handmade products of wood, leather, glass paper and more available. That’s not all though, as well as other local bands, Like Jelly and Baheya will be performing.
Friday sees the second day of El Raseef Festival, this time with an open-mic session providing the entertainment. Speaking of which, Cairo’s most popular open-mic initiative, Mashrou3 El Mareekh, arrives for another edition, this time at ADEF.
Meanwhile, the CirCairo International Circus Festival moves to El Genaina Theatre in Heliopolis with performers from Tunisia and Belgium taking to the stage.
Galaxy Cinema and Stars Cinema continue screening top European films as part of the 5th European Panorama of Film, while Darb 1718 has more screenings of its own, as the Shnit International Short Film Festival continues. Sufi bookstore in Zamalek has a screening of its own; 1997 Iranian film, Taste of Cherry.
Elsewhere, the last night of dramatic choreography performance, The Wheel and the Moon, closes, while musician, Belal El Sheikh, will perform at Amir Taz Palace.
House-heads will be pleased with Cairo Jazz Club’s double-header with DJ Mansy and DJ Aroussi taking to the decks back-to-back. Alternatively, Otium will host a neon party; Glow invites Cairo’s hardcore club contingent for a night of music courtesy of DJ Richard R. and DJ Maykoul.
Needless to say, the 5th Panorama of European Film continues on Saturday at Galaxy and Star cinemas, while the Shnit International Short Film Festival comes to a close at Darb 1718. If that’s not enough film for you, Al Balad screens Omar El Sharkawy and Karim El Hakim’s award-winning documentary, ½ Revolution.
Cairo Jazz Club hosts Egyptian rock group Darwasha and Syrian rockers Tanjaret Daght for a double-whammy of live music, while Cairo Opera House takes us to the other end of the musical scale with the Cairo Symphony Orchestra’s weekly performance.
Art is flooding the streets of Cairo this weekend, with several new exhibitions, including ‘The Virus is Spreading’ by street-artist, Ganzeer, at Safar Khan Gallery. This week also saw the launch of one of several exhibitions commemorating January 25th victim, Ahmed Basiony. Sharja Art Gallery hosts an exhibition centred on the Basiony’s project,‘Thirty Days of Running in Place’, while Darb 1718 launches a retrospective exhibition of his sound art, performance and new media installation projects from 2007 to 2011 on Saturday.

Have a great weekend, Cairo!