Assal Eswed: A Fish out of the USA 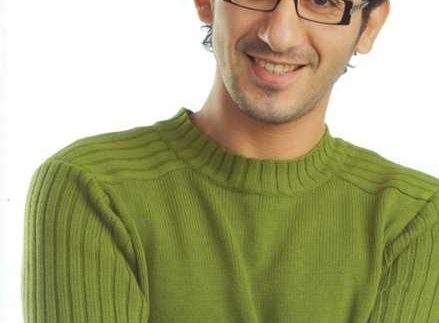 Ahmed Helmy’s latest offering finds him playing an
Egyptian American who returns to Egypt with naïve enthusiasm after twenty
years abroad. In an attempt to convey the
protagonist’s background and to set the tone, the filmmakers benevolently named
their main character Masry Arabi (the Egyptian Arab), eliminating the need for
any kind of setup or back-story; and creating a sluggishly blunt poise that continues
throughout the film.

Assal Eswed is
Arabic for molasses and literally translates into black honey. We Egyptians have a
pathological need to sugar-coat reality, and Assal Eswed not only projects a polished Cairo full of lovable grifters; it also
drenches you in the thick molasses of self-denial. The film’s central argument
is summed up in the song playing over the closing credits: what makes Egypt so
special? The song answers by repeatedly asking the question– the film’s ambition
is only matched by its naiveté.

Masry (Helmy) returns to Egypt, having accidentally left his
American passport behind. Little is known about him, his past or his plans. In
fact, there is little that Masry knows himself. This ripe setup could have led
to interesting social commentary, yet Assal Eswed keeps
milking every possible joke out of the setup throughout the film’s two hours.

During the first half, the film plays like a tourist horror comedy: Masry
suffers through every tourist rip-off cliché imaginable until he finds his old
home again.In his old house, Masry is reunited with his neighbour
and childhood friend Said (Edward) and his family, who embarrass him with
typical Egyptian hospitality. Unaccustomed to people extending a hand of help and wanting
nothing in return, Masry asks the warm family how much he should pay for their
graciousness, to which they all collectively blush and remind him that he’s not
in America anymore; here, we look out for one another.

Assal Eswed tries to
the best of its abilities to ponder the reasons holding this country and our
culture back; yet, instead of criticizing, the film ends up as the biggest
apologist for Egyptian ambivalence– hokum is the light at the end of the film’s
tunnel, not salvation.

Although Egyptians may find
reassurance in the film’s sentimentality, non-Egyptians may detect an echo of
the vacant nationalism that feeds many Egyptians’ sense of entitlement. In
either case, what Assal Eswed really desperately
needs is box office earnings and ensuring
that product placement gets a sizable screen time. Subtlety is a sin in this
film’s book.

Unhinged by the MPAA, the film tosses the s-word around so casually, it even manages to get away with an f-bomb.