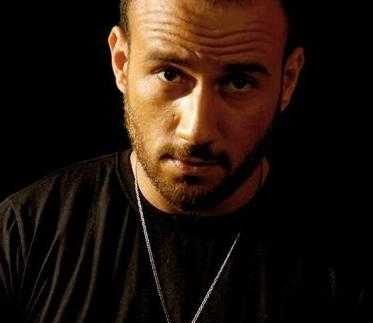 With Ramadan eating up a third of the coveted summer season this year,
the few Egyptian films that got green-lit have played it safe. The new releases
have all shared a collective stance that seems to say, ’We’ll entertain you,
give you laughter, fun, and thrills; but in return, we ask you to sit
through some shallow edification, so that we can pretend that we taught you a
valuable lesson.’ In La Tarago’ Wa La
Estislam (named after the 80s video store b-classic No Retreat, No Surrender), there is no useless moralising. It’s
unapologetically funny. And for that, it’s the seasons most cohesive and
refreshing effort.

Mekky’s third turn with long-time collaborator director Ahmed El Gendy
is his most mature narrative yet. Both Mekky’s last films Teer Enta and H Dabour were
a bunch of funny sketches tied loosely with a novelty story. La Tarago’ Wa La Estislam works both as
a satire and an action film. Adham (Mekky) is the henchman to an aristocratic
drug lord (Abou Ouf). Early on, he meets an untimely death and the department of secretive operations covers up his death, leading the head of the
department (Kedwany) to develop a plot to take the drug lord down

Hazla’oon (Also played by Mekky) is a
simpleton who gets forced by the police to go undercover and pretend to be
Adham. The film is acutely aware of its own absurdity, and it seems the sole dramatic
purpose of its main character is to recap b-movie film tropes to the head of
the secretive operations. Sometimes the film relies so much on the deliberate
ham-fisted ploys; that it might want to pass some glaring plot holes under that
excuse. Still, it’s forgivable when things move a little too fast and the next
joke hits you before you get over the previous gag.

Jermine (Ghanem) is also in on the plan; she’s the drug lord’s handy
secretary, and through the gunfights, car chases and ninja assassins (yes, you
read that correctly), she falls for gullible Hazla’oon.
Ghanem
is not the scene-stealer she was in Teer
Enta, but she isn’t given much to do. At the end, she has to play the helpless
victim waiting for the hero to save the day, and there is little for her to do
other than scream and look helpless.

Mekky has a funny and engaging presence, and
although his character is one of the most obnoxious cinematic creations; he
ends up squeezing some good laughs out of its naïveté. There are a few moments
in the film that get the big laughs solely due to Mekky’s facial gestures and
body language.

La Tarago’ Wa La Estislam is your best bet for
laughs this summer. It is also the most audacious– just like Teer Enta had a surreal Bollywood segment,
In La Tarago’, the audience is treated to an even more absurd dream
sequence. Propelled by pop-culture references and comedic banter, it’s another
solid step for Mekky and company.