The Book of Eli

The Book of Eli: The End of Days 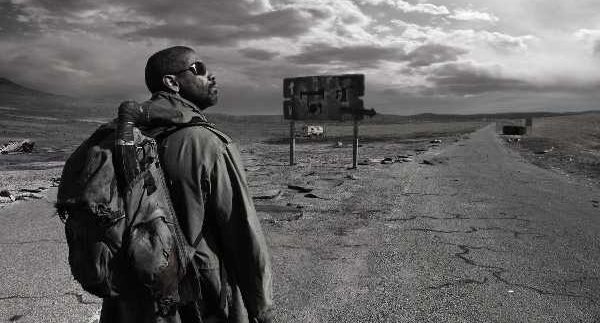 An apocalyptic future seems to be the latest in-vogue movie theme these days and The Book of Eli is no different in taking full advantage of this craze in an entertaining format.

It’s some 30 years after the world’s final war and loner Eli (Washington) is walking across the barren wasteland that is the United States – or what remains of the former civilisation. Law is non-existent as emptied cities and towns, highways and scorched earth are all that remain a result of the catastrophic war and destruction that had been rained upon the planet. Gangs are in control, lining the roads, murdering people for their shoes, water or simply for fun. It is a dark place.

Eli wants to live in peace, but when challenged he is no match for any attackers and ironically, the reason he fights is the hope that remains in his soul. He believes in a better future, one that is without the gangs and violence that are being perpetrated across the former country.

He does what he must in order to live but it’s a question of whether he alone can do anything about the current predicament that weighs him down. Since the end of the war he has protected something for 30 years and has been guided by a power that is beyond him. In a way, Eli is a man who seeks to continue, a statement of our world today in so many ways.

He meets Carnegie (Oldman) the leader of a new, sort of bustling little town of criminals. His daughter Solara (Kunis) becomes enfatuated with Eli for many reasons, including the offer of a different path beyond her step-father Carnegie’s little world as neither are able to deter him and nobody can stand in his way.

This is another post-apocalyptic film and is full of entertaining action and good fun. It gives the audience something to think about and as always nothing less than a superb performance by Washington. Though members of the male species may enjoy it a tad more than the females, it’s nonetheless a good film to see – undoubtedly better suited for some serious male bonding sessions than the ‘let’s cuddle’ moments. Overall it’s not as bad as it so easily could’ve been, though there are some ‘been there, done that’ moments and at times it worryingly comes to a standstill, but is a Denzel movie ever that bad? Very rarely.

Keep an eye out for Claudia played be Jennifer Beals  – forever known as Alex in Flashdance.