Cycling In Cairo: Pedal Your Way to a Healthier State 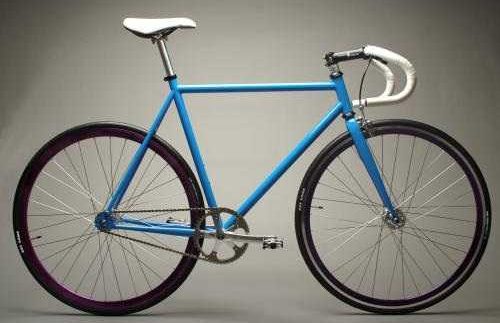 Cycling in Cairo
can be a tough concept; it’s no secret that our streets don’t look biker-friendly.
Nonetheless, bike riders are growing increasingly enthusiastic about the idea,
which is an ideal solution for many problems in Cairo, such as traffic and
pollution.

Let’s not forget the fitness benefits too: after a long day at work and
excessive nervous tension caused by driving in noisy Cairo traffic, riding your bike even if just
for a spin around the block seems extremely relaxing.

On the other hand, biking can be a bit risky in Cairo’s pollution, which can have its toll on
the cyclist with the influx of toxic car
fumes and intolerable heat. Don’t let that be a turn off, though; if the bike ride
takes place at a reasonable hour (early mornings or late evenings) and in
a suitable location, there’s no reason to worry.

First, to set yourself with a new bike, check out Bescletta in Heliopolis
and Rehab City. This shop has all kinds of road and mountain bicycles ranging from regular amateur bikes to new BMW models that
vary in frames and materials. Their customer service is especially attentive;
and they offer to deliver to your doorsteps the bike model that you’ve picked
online.

Now the biggest question is: where exactly do you bike in Cairo?

If you can afford a membership to a private sporting club; then problem
solved. If not, it’s not completely impossible to find a good biking spot. Bike-friendly
areas include the area around the Giza Pyramids, Al Rehab City, Katameya Heights, and compounds in 6 of October like
Gardenia and Al Rabwa. The Garden City Corniche and Kasr El Nil Bridge
make for picturesque trips; but try to cycle on an early Friday morning and avoid
weekday traffic. Quiet neighbourhoods like Degla in Maadi (try Road
254 or the quiet neighbourhoods around the Canal Street) or Masaken Sheraton in Heliopolis would be great
for a spin on a Friday morning also.

Under all circumstances, try to avoid cycling on highways, bridges or
main streets, all of which could be extremely dangerous due to the speed and
recklessness of driving patterns there. Quite streets would be the
safest choice for a harmless bike ride.

If biking alone bores you, a number of Facebook groups are promoting
cycling in groups as a more challenging and fun activity. Cycle Egypt, part of Cycle
Earth group on Facebook, sees cycling as more than just a sport; it’s a way out
of global warming and energy crisis problems.

Cycle Egypt
has eleven subgroups, each for an Egyptian governorate or Cairene neighbourhood.
The groups arrange cycling outing on weekends when streets in Cairo are in their emptiest and friendliest
state. You don’t even have to own a bike; the group provides rental bicycles
that can be collected from one of many locations throughout Cairo. Another group that organises riding
outings is Bicycles in Cairo, biking mostly in
Heliopolis and
on Fridays as well. Also, check out the Cairo Cyclists Club’s blog for inspiration.

Cycling is a fun and healthier transportation alternative that gives back to
the city, however small a contribution it may be. Take the appropriate precautions
before riding a bike: a helmet is strongly recommended, as are knee pads. Try to wear
bright clothes, always have a bottle of water within your reach, and make sure
that your bike has a light if you’re planning on biking at night.