La Rose Spa: Not as Relaxing as You Want it to Be 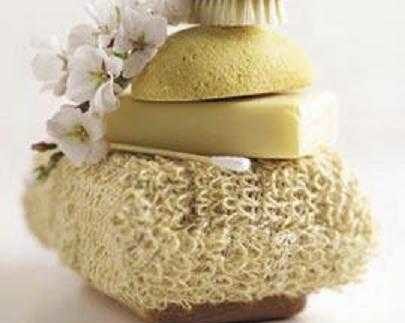 La Rose Spa in
Mohandiseen appears enchanting in the pictures posted on their website, replete
with Moroccan pillars and arches.   The
reality however, is considerably less impressive, and the venue on the whole is
showing its wear.   It’s a shame, since
they venture to offer a comprehensive list of services including massages,
baths, facials, pedicures and more.

We were greeted
nicely for our appointment to try their Balinese massage at 270LE for 60 minutes. Upon inquiring about their specialties and perhaps a more personalized
recommendation for a stress-relieving massage, the relaxing massage was
suggested instead.   When asked about the
difference, we were told that the Balinese is somewhere between the gentle relaxing
and a hard Swedish massage.

Drinks were
offered and we opted for water or tea, receiving both.   And then we were left, for 45 minutes, to drink
our tea and read magazines in the relaxation room with women in robes lounging
in chaises while we were fully clothed and shoe – a bit awkward at best.   When we were finally escorted to the massage
rooms, we were asked to pay 10LE for our drinks, which was shocking as no
mention of prices was made beforehand and we just assumed that drinks at a spa would
be complimentary. Upon protest, the fees were kindly, but fairly, waved, and we
continued on to the massage table.

Scented oils on
offer were strawberry, coconut, orange, and mint, though it seemed they’d run
out of mint that day so orange was our second choice.   The massage therapist came in in the midst of
getting ready, then dripped some oil and massaged away.   Beginning with our dirty feet and ending with
a head massage that left us with very greasy hair, it wasn’t the most hygienic
experience, but overall we did enjoy it.
It felt more like a back rub most of the time, and we had to request
greater strength in some areas, but we had no major complaints.   However, we later found out that some local spas
offer quality massages at less than half the price, and felt a little duped.

The masseuse claimed
to knead out knots my usual therapist takes weeks to sort, and when it was over
she told me to sleep – indefinitely – until finally the hostess came back 15
minutes later to tell me abruptly that the room was needed, as the next client
was waiting. The general feel of the place is   busy with people bustling about trying to
serve clients, which doesn’t make the place seem very relaxing.

Instead of investing in more costly treatments, go for smaller treatments and save your money for more established venues instead.

They offer a full range of services including waxing and packages for a day or special occasions.

Unfortunately parts of our experience were not so well organized or professional.