Royal Club Mohamed-Aly: Leisurely Getaway on the Outskirts of Cairo 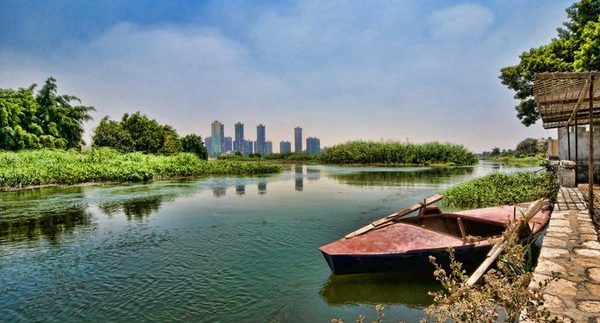 For many, the January 25th Revolution stood as a beacon of hope. But for Maged Farag, the revolution was anything but hopeful and came with a hefty price.

“I was at Tahrir everyday and I was into change,” the veteran historian and owner of Royal Club Mohamed-Aly in Giza said in an interview with Cairo 360. “I was very unhappy with the military rule for 60 years. But now I can tell you I wish the revolution had not happened. A revolution without a leader, without an agenda, without a plan is doomed to destroy not to build.”

On the so-called ‘Friday of Anger’ following the first days of revolution last year, according to Farag, some 600 people carrying machine guns and other weapons stormed the nearly 15-year-old Mohamed-Aly and looted its grounds.

The main clubhouse, which took 12 years to build, was set ablaze and its marble floors, smashed. Just beyond the main entrance, the scorched remains of classic automobiles including a Bentley from Farag’s collection lie as vestiges of the unfortunate day.

A year later, the club stayed shut until its reopening last June. To mark its comeback, the popular indie Lebanese band, Mashrou’ Leila, performed to a massive turnout. To date, the clubhouse remains under renovation, but the pool and other facilities are fully functional.
Compared to other clubs, Mohamed-Aly is less of a sporting club and more of a convenient, leisurely getaway from the hectic streets and dismal routine of city life, or a quick “escape from Egypt in Egypt,” as patrons have described it. Edging the Nile, the club boasts a temperate climate and a grass-covered island with an unobstructed view of the city’s historic bloodline, where visitors can enjoy recreational activities like camping and boating. Tents, boats and feluccas are available upon request.

But what really sets Mohamed-Aly apart from the rest is its liberal atmosphere and strict policy against harassment.

“This is the only place a woman can walk in by herself in a bikini, jump in the water, and come out, and no one will dare to look. The first look I might let, but the second and I will deal with you. There’s no harassment at my club whatsoever,” says Farag.

Aside from an in-house DJ spinning daily pool-side tracks, Mohamed-Aly hosts a bumping pool party every Friday. And it’s no joke. The pool and overhanging jacuzzi are lined with bare muscles and skimpy two-pieces bouncing to Top 40 and shaabi favourites. If that’s not tempting enough, the party completes itself with double fists of Stella and ID Vodka and pool munching specials like burgers and pizzas at affordable prices.

If shaabi isn’t your scene, Mohamed-Aly encourages you to cross the bridge onto the club’s private island, BYOB (bring your own bottle), and hang under the quiet, shady tree-lined bank with the water literally at your feet. Here, a carpeted and pillow lounge invites us to a shisha and a beverage – the perfect spot to relax for a sunset view of the Nile.

In addition to the club grounds, Mohamed-Aly has recently introduced the M/S Nile Story, a floating hotel docked at the club’s shores. For 400LE a night for two people, members get accommodations in a luxury cabin including breakfast buffet and on-board gym and sauna as well as full access to the club’s amenities. For what it’s worth, it’s a definite bargain.

Otherwise, regular membership at the club is annually renewed, and is 4500LE per person per year, 3500LE for spouse, and 2000LE for children under 18. Single day entry is 150LE and includes two complimentary drinks.

Though the revolution posed an awful setback for the club, Farag is resilient to provide Cairenes with the only spot in the city where we can bare all – almost all – and drink under the sun without the hassle of wide-eyed satyrs and virgins.

Soak up the last rays of summer and get away to a faraway place not too far from home.

Don't forget your swimsuit and a bottle or two.

A liberal environment where women can bare it all - well almost all - without the obnoxious hoots and catcalls.

Ongoing renovations of the main clubhouse keep us outdoors.