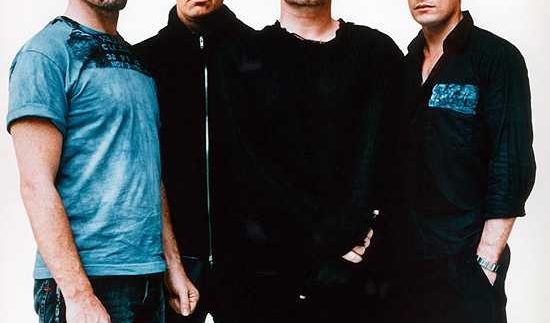 The spirit of taking
to the open road is one that most of us in Cairo know. Travelling tends to put things in
perspective, allowing us to escape for awhile and make some seriously great
memories while doing so.

Whether you’re driving
to Sahel or Sokhna for the weekend or jumping on a flight out of Egypt; here
are a few of our favourite travelling tunes to keep you company on the journey
ahead.

‘America’ by Simon and Garfunkel: This classic tune is light, relaxing and
makes you wonder. From the metaphorical journey in the lyrics to its physical
application, Paul Simon truly notes a sense of uncertainty about the
traveller’s destination. This song’s placement on the Almost Famous soundtrack is quite possibly enough to make anyone
want to board a bus to an unknown destination.

‘Proud Mary’ by Creedence
Clearwater Revival: Released in January of 1969, this song
became CCR’s most covered song of all time. If you were raised by hippy
parents, it will surely take you back to your childhood. From the melodic tune to
its groovy guitar licks, you can’t help but sing along when you’re moving down
the highway. Roll the windows down and enjoy the ride.

‘Home’ by Brian Eno and David Byrne: From their 2008 album Everything that Happens will Happen Today,
Eno and Byrne beautifully describe what the idea of home really is to many of
us. While the word itself is used so repetitively on a daily basis, rarely do
we stop to think what exactly home is or isn’t. Let the lyrics inspire you.

‘Ramble On’ by Led Zeppelin:
Another track released in 1969, it makes you wonder what made this era’s music
so good. You feel it in your bones and it makes you want to move. This classic
rock tune’s lyrics were heavily inspired by Tolkien’s Lord of The Rings and references Frodo’s journey to Mordor. Flanked
by Jimmy Page’s screaming lyrics to the close-knit relationship between the
bass and drums; it’s obvious that a nostalgic trip was definitely in the
making… join in.

‘In the Waiting Line’ by Zero 7: You may recognise
this one from the Garden State soundtrack. This trip-hop musical
duo’s music tends to do just that. From the synthesiser’s tones to the
seemingly transient female vocals, it can take you away in a moment’s time. The
lyrics don’t hold back either in that sense. Drown out the outside world with your
headphones with this tune on a plane; and you’ll be embarking on a mental trip
in no time.

‘The World at Large’ by Modest
Mouse: Just like the lyrics say, ‘We’ll float on/ Maybe would
you understand?’ Sometimes, you have to start fresh, and sometimes that means
making a move. This song is all about that. While the melancholic lyrics and
vocals can be a bit heavy, between the light drumming and keyboard sequences; it
tends to bring a little rest to the tired soul. Take a breath, pack your bags; and
don’t forget your iPod.

‘Beautiful Day’ by U2: This U2 classic was released in
2000 and instantly became one of their bestselling singles. It was co-produced
by Brian Eno, who added his funky beat box mix to it all. From Bono’s
positively uplifting lyrics to the song’s melodic quality, it reminds you to
take in your surroundings and embrace the present moment; whether you’re stuck
in traffic or boarding a plane.

‘Sail to the Moon (Brush the
Cobwebs Out of the Sky)’ by Radiohead: Can we say absolutely
dreamy? This track is from Radiohead’s Hail
to the Thief album. Between the ethereal atmosphere brought forth by the
chosen key and Yorke’s delicate vocals; the song transports the listener into a
space of meditative thought or sleep. Sail away; and know that you’ll be at
your chosen destination any minute.

‘Empire State of Mind’ by Jay Z. featuring
Alicia Keys:
Hitting the mainstream music scene in 2009, this song took radios by storm with
a strong relationship between Key’s vocal performance and Jay Z’s styling. It’s
in the opening bass lines, the hometown pride, and their recognition of
hip-hop’s beginning. Whether you’re heading to NYC or not, this song is contagious.

‘Long Train Runnin’ by the Doobie Brothers: You haven’t really travelled if you
haven’t ever boarded a train before. This classic tune hails from the early
1970s and is instantly recognisable by that famous rhythmic guitar intro.
Energy abounds with Johnston’s
harmonica and upbeat tempo in tow. The lyrics are about leaving a loved one
behind, it’s not too difficult to relate to for many of us.

Feel the funky beat
and enjoy your trip.