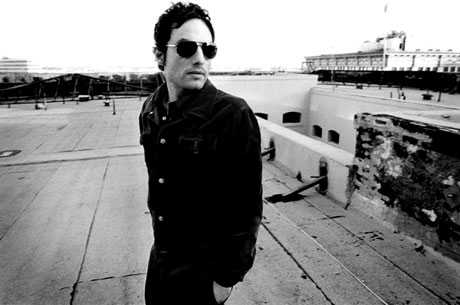 It’s next to impossible to consider the front man of 90s rock band The
Wallflowers without your mind automatically passing him by, turning towards his
legendary and utter genius of a father, poet/singer/songwriter Bob Dylan.

Being the child of one of the most influential musicians of all times must
be tough. The genetic similarities are clear, from Dylan’s facial features to
his quiet, poetic vocals; yet his musical demeanour is something else. With the
Wallflower hits, ‘One Headlight’ and ‘6th Avenue Heartache’ to his
first solo album released in 2008, Jakob Dylan’s style has been seemingly
difficult to care for; from his ordinary lyrics to rather melancholy outlook on
life, nothing new has been brought forth.

Released earlier this month on April 6, his second solo album Women +
Country takes an Americana spin that at first seemed interesting, but after
a full album preview, it sounds like Dylan is filling in as a chronicler for a
trip across the good ol’ Western plains of the USA.

‘Lend a Hand’ is one of the few tracks on the album that Dylan produced
without the background vocals of folk artists Neko Case and Kelly Hogan,
providing insight into Dylan’s strength as a vocalist. The trumpet lines and
bluesy feel bestow an inebriated ambiance, while his clean tone and spot-on
production don’t pair well.

Between the swaying horns, electric guitar and poetic nature of ‘Standing
Eight Count’, the song is one of the more enjoyable tracks on the album and
incorporates clever lyrics. ‘Nothing but the Whole Wide World’ offers little
from the repetitive lyrics to the dreary tone; although the strings and
background vocals of Case and Hogan provide a little something to be savoured
with their dreamy, pensive qualities.

Although Women + Country incorporates some truthful thoughts,
beautiful violin lines and a folksy, country-type feel, the album has nothing
significant to add to the music scene.

Take a listen for yourself and if you
can make it through without falling asleep, give yourself a cookie.

Jimmy Dorsey, Brendan James, and Stephen Kellogg and the Sixers