Kings of Leon: Come Around Sundown 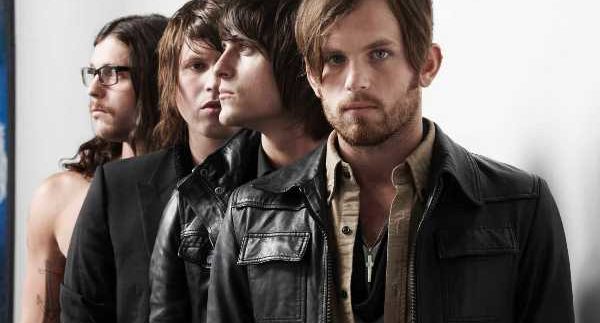 Read the
following slowly. On ‘The Face’ of things, Kings of Leon seem to be ‘The
Immortals’ of contemporary rock. The media-shy group may prefer things ‘Back
Down South’, but in ‘The End’, when it’s time for business, they always ‘Pony
Up’ and ride back to the ‘Radioactive’ world of selling hit record after hit
record. Yes, these are
all song titles from the Followills’ new album, Come Around Sundown.

Brothers Caleb,
Nathan and Jared along with their cousin Matthew have consistently nailed down the
perfect balance of ingredients to a successful song. 2008’s Only
by the Night enjoyed huge commercial success and critical acclaim with
infectious songs like ‘Sex on Fire’ and ‘Use Somebody’. With the latter being
their biggest success to date, they went on to headline no less than ten
festivals across 2008 and 2009, including Glastonbury, Reading and Leeds in the
UK, as well as Lollapalooza and Austin City Limits in the USA.

Naturally then,
much has been expected of the foursome, who actually hit the heights of fame in
the UK before they did in
their native USA.
With this being their fifth studio album in seven years, one might think that
they’d have become weary of this whole rock-n-roll thing, right? The answer is
a resounding….yes, probably. First of all, though; Come Around Sundown is classic Kings of Leon; so have your air
guitars at the ready.

‘Radioactive’ is
a somewhat safe choice as a first single. It’s by no means the strongest track
on the album, but it picks up nicely from where the last album left off. The
first half of the album is exactly as you’d expect it to be: whaling guitars,
whaling vocals and easy sing-along lyrics. Opener ‘The End’ sets this tone, and
‘Pyro’ and ‘The Face’ cement it, but by the time you get to ‘The Immortals’,
the sound starts to feel tedious.

Thank God for ‘Back Down South’. Its
charming deep Southern clatter saves the day, and from then on, it’s pretty
smooth, if unspectacular, sailing. Again, most accurate thing to be said is
that it is typical Kings of Leon.

It is surely now
the case that the Kings of Leon are so big, so successful and so influential; that
they can afford to break the mould. for better or for worse, Come Around Sundown is still riding the
coattails of Only by the Night, but it
will probably continue to dominate the airwaves and pick up awards.

A
self-assessment of the album would probably incite no more than a nonchalant shrug
from the guys themselves. It’s a quite passively made record, and it gets
away with it by the skin of its teeth.

The Walkmen, Interpol, The National