I Speak Because I Can

Laura Marling: I Speak Because I Can 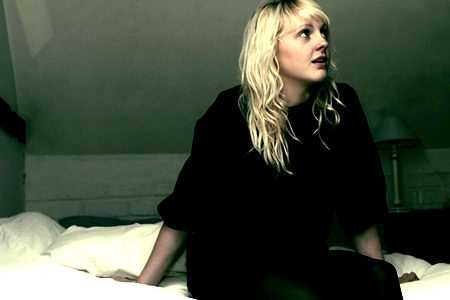 Some artists demonstrate abundant raw talent from a
very young age. When London
folk sensation Laura Marling released her hit debut album Alas I Cannot Swim at the age of seventeen in 2007, the music world
couldn’t wait for more from this extraordinary young talent. In late March
2010, Marling released her second album I
Speak Because I Can, and the album’s new sound is evidence that the contemporary
neo-folk scene is alive and well.

Marling’s first album placed the artist on the pulse
of folk lovers everywhere. Her depth of character was playfully kept upbeat by her
quick-phrasing and lyrical melodies. The artist’s new album marks a new sound
for Marling that echoes less like indie rock and more like old-school folk
music.

It is incredible how Marling’s songs walk a musical
journey and successfully morph in a matter of minutes. At the start of the
track ’Rambling Man‘, for example, the acoustic ballad quality of the song resembles
folk legend Bob Dylan’s early days. A third way through the song, the track picks
up when the percussion and banjo kick in. Marling’s lovely harmonisation of the
chorus channels a whimsical, almost divine energy.

Beyond her musical influences, Marling experiments with
her storytelling abilities in her new album. The album concludes with the
album’s title track ’I Speak Because I Can,’ which is a fascinating imaginary dialogue
from the perspective of Penelope, the Greek mythological wife of Odysseus.

The album is an exploration through contemporary young
folk music that has an undeniably straight-arrowed and pioneering spirit about
it. From the first track to the last, it’s the perfect album to listen to for a
folk séance. Marling’s got brains, a heavenly voice and an old soul. What else
could we ask of a twenty-year-old folk singer?

Marling’s third album is due later in 2010 so stay
tuned for more to come.

Mumford & Sons, Noah and the Whale, Emmy the Great