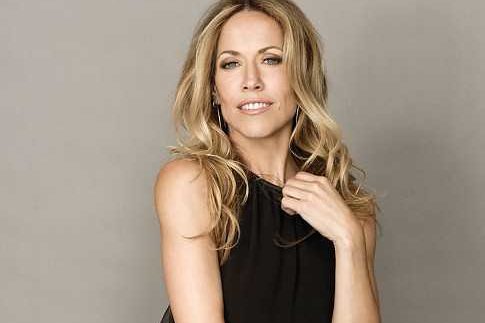 In 1994, Sheryl Crow burst onto the music
scene with ‘All I Wanna Do,’ a witty song that perfectly blended rock, soul and
pop– a sound that became Crow’s trademark for the rest of her career. This
woman was undeniably cool, from her curly brown hair and beaten leather jacket,
to her gravelly voice and original songs. Throughout the 90s and 2000s, she
gave us hits like ‘Every Day is A
Winding Road,’ ‘If It Makes You Happy’ and ‘My
Favourite Mistake’. Crow has collaborated with some of the biggest names in
rock history, including Eric Clapton, the Rolling Stones, Sting and Tina
Turner. A nine-time Grammy Award winner, she has seen five of her seven studio
albums go platinum.

So why she would ever make an album like
this one beats us. 100 Miles From Memphis is touted as Crow’s return to the soul roots
of her hometown of Memphis. Taking soul and pop classics, Crow tries to
rework the melodies with her own edge, yet most tracks result in sub-par
karaoke versions.

The album’s first single ‘Summer Day’ is
styled in the vein of her 2008 hit ‘Soak Up the Sun.’ Featuring horns, strings
and a funk/soul vibe, the song’s backing vocals and string accompaniment seem
to overpower Crow’s vocals, leading one to wonder if perhaps she’s lost her
vocal strength.

‘Say What You Want To’ is a blunt display
of Crow’s political beliefs, featuring a brass horn band, harmonica and a melody that sounds like 70s funk in the style of Sly and The Family Stone. ‘Sign Your Name’ takes an excellent Terence Tent D’arby classic and gives it a
slower tempo that doesn’t work at all. Crow seems to struggle with her voice,
often warbling when the notes are too high, while Justin Timberlake’s background
vocals are sedated so as not to overpower hers.

‘Eye to Eye’ features the immortal Keith
Richards on guitar, and the track has a mystifying reggae beat that really
doesn’t pair well with Crow’s vocals. ‘I Want You Back’ is Crow’s tribute to
Michael Jackson, where she sings note for note exactly as the 11-year-old Jackson did on the
original. It’s so spot-on that you may think that you’re listening to a Jackson impersonator,
which is not a good thing for an established singer like Crow.

The album’s sole highlight is her cover of
Citizen Cope’s ‘Sideways,’ where Cope himself is featured on background vocals,
and the duet works surprisingly better than his original.

With her impressive repertoire and musical maturity, it’s mystifying as to why Crow would make this album. Perhaps she’s not
taking too well to aging. 100 Miles From Memphis seems to proove Crow’s refusal to draw on the wisdom and expertise that she’s
gained as a musician. On this album she insists on stepping outside
of her comfort zone and attempting high-pitched notes that seem quite
uncomfortable for her. Instead of improving on classics, she only makes us
yearn for the originals. All this from someone that brought
so much charm and sophistication into 90s soul and rock music.