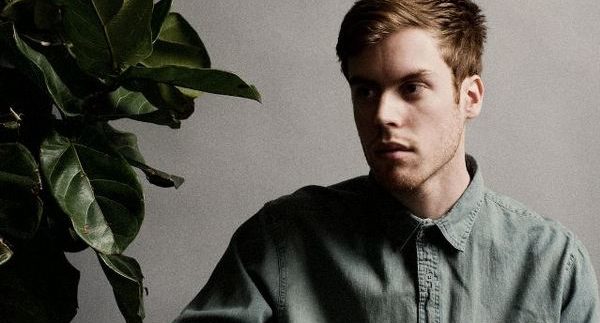 If you don’t already know the band, Wild Nothing were just another one of dozens – if not hundreds – of bands that were almost involuntarily brought into the limelight a few years back when lo-fi, reverb drenched, lyrically passive indie suddenly became high in demand.

Since then, most of these ‘chill-wave’ bands (as they became known) fizzled out just as quickly as they came onto the scene; partly because none of them were actually saying anything and also because between the reverb ad infinitum and passive execution, it was almost impossible to tell them apart without becoming a musical pedant.

Many chill-wave acts then fell in two directions: those who refined their sound only to reveal utter bullshit, and those whose refinement revealed a band worthy of continuing making records. Surprisingly, Wild Nothing’s sophomore album Nocturne places them in the latter category, but only just.
Wild Nothing, despite being a full band when performing live, is really the solo project of 24-year-old Jack Tatum. Tatum began recording songs alone in his bedroom during and after college, which eventually culminated in 2010’s Gemini that celebrated hazy melancholia through songs like ‘Live in Dreams’, ‘Summer Holiday’ and ‘Chinatown.’
However, considering the fate of previously alluded to chill-wave bands, it seems perfectly fitting that Tatum turned to the expertise of Brooklyn indie veteran Nicholas Vernhes – who helped bands like Dirty Projectors and Deerhunter solidify their sound – to produce his following up album, Nocturne.
The result is eleven beautiful songs that, despite being very similar to those on Gemini, are captured with much higher resolution. Every instrument and lyric can be made out, yet it still draws the listener in to its dreamy world.
But don’t be misled; Nocturne is not a groundbreaking, experimental record that will take listeners through a tour of the scope of human emotions. It is simply Jack Tatum perfecting what he does best – simple, straightforward, jangly, dreamy, uplifting melancholia. It is a record for those who don’t quite know how they should feel, but want something to make them feel good about that, and dance too, if possible.

Two sonic themes permeate the album. One sounds like trying to find your soul mate – or memory of one – in an empty club full of smoke where vision has become completely impaired. The other sounds like Tatum trying to understand why anybody really decided to pay attention to his band in the first place. And though no lyrics truly stand out to the point of being quote worthy, they all come across as ambiguous descriptions of these two ideas.

But despite the hazy beauty of Nocturne, there is definitely an undeniable element of boringness to it. Yes, it’s a beautiful sound, filled with creativity and passion, but it’s also a safe sound; emasculated and almost completely opinion-less.
It’s always a charm to put this record on and be uplifted, but there’s no real substance in its content that listeners can put in their pocket and carry around with them throughout the day. And for that reason, in a day and age when musical ingenuity and substance is evolving so rapidly, it seems unlikely that Nocturne will stand out in the future as a musical gem in the history of indie.