From high school birthday parties to family lunches, Chili’s played a huge part in our childhood. Sadly, over the past few years, Chili’s has garnered itself a negative reputation; Chili’s goers have been complaining about the place’s inconsistent and yo-yo quality. We were, therefore, quite naturally curious to revisit a restaurant that houses a lot of our teenage memories.

We kicked things off with an order of Chips and Salsa (25 LE) served with the Skillet Queso Dip (25 LE), and a Triple Dipper (65 LE) for appetisers. Starting with the chips and salsa, the salsa was far from watery, and the rich queso was perfectly seasoned with a beautiful consistency; the queso also contained the right amount of chili. Moreover, the portion of the chips is quite good for 25 LE. We have to say, however, that we were a bit disappointed to see that the Skillet Queso Dip was no longer served in a skillet, and that the chips were no longer refillable.

As for the Triple Dipper, it consisted of pretty much the same three classic items: the iconic stretchy Fried Mozzarella, the Chicken Crispers, and the Southwestern Eggrolls (stuffed with smoked chicken, corn, cheese, and spinach). The Fried Mozzarella Sticks were extremely well-seasoned; the Chicken Crispers boasted a light/airy crust; and, the Southern Eggrolls were just outstanding. We did wish, however, that the presentation of this dish was a bit more appetising. The Triple Dipper was served with three dips; Marinara, Ranch, and show stopping Honey Mustard. All sauces had a flawless consistency and the flavours threw us back to the early 2000’s version of Chili’s. 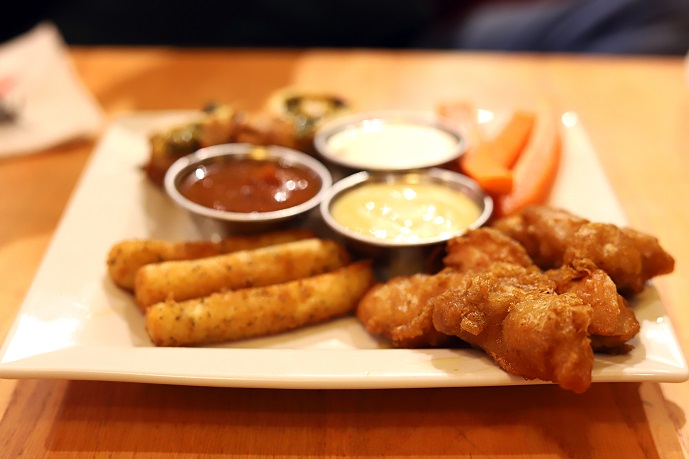 Moving to the mains, we opted for the Country Fried Chicken (50 LE) and Beef Quesadillas (60 LE). In case you’re wondering why the country fried chicken has become so cheap, well, it’s because it’s served with only one side dish; we opted for the mashed potato, and we got a buttery Corn Cob for an extra 15 LE. The mashed potato was very smooth in terms of texture, and the gravy on top was extremely rich and creamy. The chicken itself was tender and the crust was very crunchy and thick, but the edges were a bit too dry. 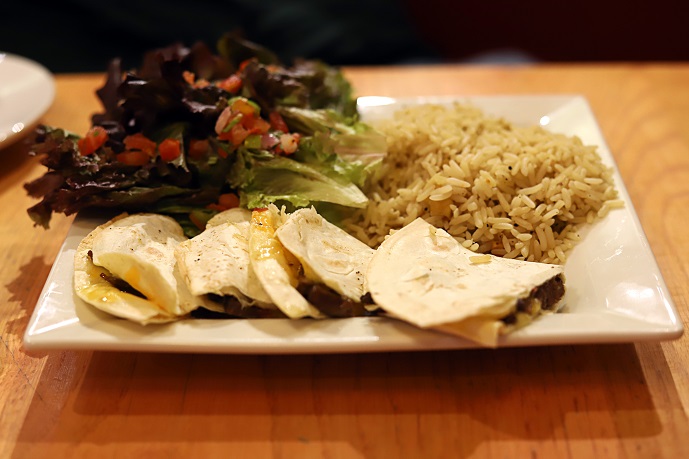 The Beef Quesadilla offered us an introduction to the “Personal” and the “Classic” portion size options that have been introduced to a few old dishes. We opted for the “Personal” portion: half the portion size of the “Classic”, and with only a single side of rice. We have to say, however, that the sheer amount of beef and cheese used for the filling was quite good, and the execution was on point. That being said, if you’re looking for a larger portion, and two sides, then stick to ordering the “Classic” portion.

We finished our meal with a Paradise Pie (50 LE) for dessert. Again, a white plate replaced what was once a sizzling skillet. We have to say here that this change in presentation did in turn cause a change in flavour: the absence of the sizzling caramel skillet guaranteed the absence of a strong caramel taste. Don’t get us wrong it was still good, but not as good as it once was. 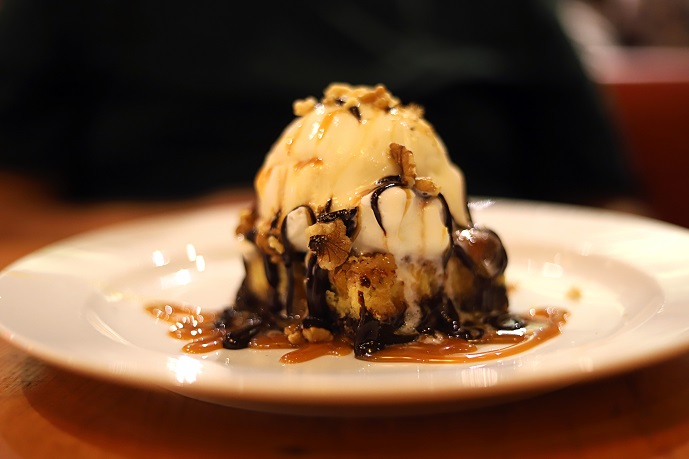 All in all, we really appreciate that Chili’s is trying to balance the quality, portion, and price formula. Moreover, most dishes make it evident that Chili’s just might be making a comeback.

A lot of branches are now equipped with free Wi-Fi.

The old quality is back.

The new updates maybe a bit confusing for old customers.