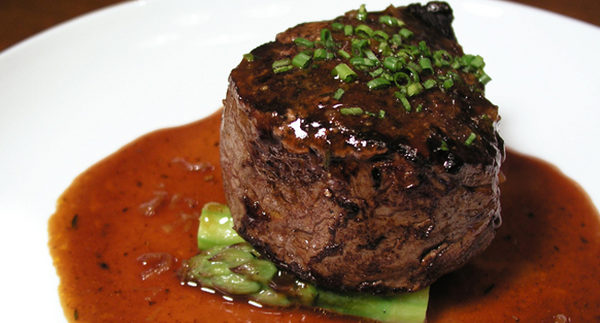 JW’s Steakhouse is renowned to be the most expensive
restaurant in Cairo. Located on the ground floor of the Marriot hotel in
Zamalek, the venue is a popular spot for businessmen and a haven for all meat
lovers. And although we’ve reviewed it once before, we thought it was time to
revisit and decide if all that money is still worth spending.

Tucked away behind Saraya Café, the JW’s Steakhouse
is very much a gentleman’s restaurant. The large leather chairs with
high backs and arm rests are reminiscent of furniture one would find in a study;
the overall interior is hushed as though coated in a layer of carpet.

The service from the
start was a bit off. It took a while to get menus and throughout the meal the waiters were extremely over-zealous;
serving our starters to us despite the fact we’d specifically asked to be left
to do it ourselves; and interrupting the conversation frequently for somewhat
unimportant details. But service might as well not be evaluated considering
there is nowhere in Cairo that has succeeded in breaking our bad service spell.

A bread basket with
homemade bread infused with onions came with herb and
garlic butters and was most enjoyable. The restaurant also offers the option of
ordering half a carafe of wine instead of committing to the whole bottle – something
done nowhere else in Cairo.

The menu is not
extremely varied; sticking to basic steakhouse dishes such as steak with a
choice of sides, some seafood options and a selection of simple starters. The
Palace Chop Salad (65LE) comes with lettuce, blue cheese, boiled eggs,
tomatoes, sweet onions and green olives. While it was fresh and light, we felt
it was also nothing special. The ingredients matched each other well but we
found the dressing to be unexciting and flat.

On the other hand
though, the smoked salmon with ginger dill (105LE) was an absolute delight.
Even though there wasn’t really any ginger flavour in the starter, the salmon
was perfectly fresh, soft and outright delicious.

The grilled Canadian lobster tail (345LE) was ordered with a
baked potato on the side instead of the wild rice and while the potato had the
perfect crisp to its skin and fluffiness at its core, the lobster meat didn’t blow us a way. The lemon sauce that accompanied the dish was
perfectly complimentary, however the lobster meat itself wasn’t as good as others we’ve tried locally. The broccoli, also on the side, was surprisingly
cold.

Stealing the prize away however was the 8oz filet mignon
(305LE), which was easily the best steak we’ve ever tried in Egypt. Ordered
medium rare, the quality of the steak is definitely worth the money spent;
tender meat that melts in your mouth, it will not disappoint. The steak is
served with pepper and hollandaise sauces, as was ordered with a side of
asparagus and spinach gratin (65LE). The asparagus was good but the real star
of the sides was the spinach gratin which was full of mouth-watering, oven-baked flavours.

Warned that it will take 30 minutes, we stayed loyal to our
love of dessert and waited patiently for the chocolate soufflé (60LE) to arrive
– it was definitely worth the wait. Served in small ramekin with whipped cream
and chocolate sauce on the side, the soufflé was perfect. Toasty on the top,
moist and rich on the inside; it was heavenly.

JW’s Steakhouse is not exactly cheap. A basic meal could easily
cost you up to 800LE, without dessert. But to be honest, if your wallet can
withstand the blow and you’re craving some quality meat; this is without a doubt
the place to go.

After your meal, make your way over to the promenade and enjoy a drink sitting outdoors.

The fillet and the soufflé were perfection.