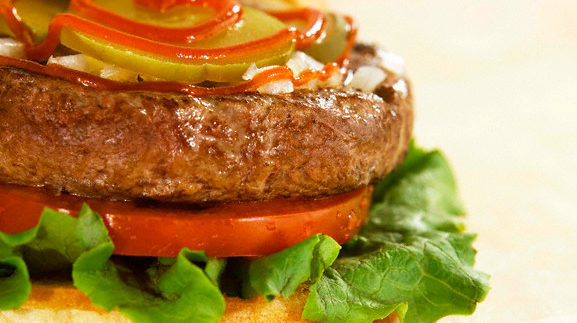 As a newly opened mall, Sun City Mall is still regarded by many as unknown
or territory.  A visit to Sun City may
however be quite an experience. Simply
put, the possibilities are endless; Kook’s and Bigg’s is a venture that could
be one of the mall’s signature venues.

Finding Kook’s and Bigg’s depends
primarily on where you enter the mall from. If you choose the Autostrad entrance,
it’s on the same floor. You would have to go all the way to the top floor if
you choose any other entrance; it’s quite confusing but neat at the same time. A
walkway that leads to an outside terrace will take you to Kook’s and Bigg’s.

The interior of the place is quite impressive; everything is brown and
turquoise, including the waiter’s aprons.
As soon as we entered, the waiter greeted us, we sat down and he handed
us a newspaper. We soon found out that was the menu! First page was reserved
for articles, second and third pages were the menu, and the fourth page had a
combination of fun facts and comics. The well organized menu offers salads,
sandwiches, pasta, pizza and moules among other things. The prices range from
mid 40LE to around 100LE.

We ordered the American Beef Burger (44LE), a Billy cheese steak (42LE)
and a Vanilla/Coconut shisha (30LE). The Shisha arrived first. It had been a
hot morning so the air coming out of the shisha was quite hot; it tasted crisp nonetheless.
The surprise kept coming, because shortly after ordering, the waiter arrived
with what looked like a place mat and a pencil. We were pleasantly surprised to find an activity sheet of sorts, to keep us busy as we waited. “Did you know that apples are made up of 25% air, this
is why they float” was among the “Did you know??” section, also offered
were  a number of classic games including
a spot-the-difference game. We had to put an intense Sudoku game on hold because
the food arrived in no time.

The American Beef Burger was enormous. It had a distinct peppery taste,
while the beef was grilled to perfection. The combination of freshly cut
tomatoes and ever so tasty cheddar cheese added to its aroma. This burger was
good enough to compete with the fierce Lucille’s burgers. Accompanying the burger were, wedges, also huge
in size and Olives with pine nuts in them. The combination of mayonnaise and barbeque
sauce in the Billy cheese steak were quite good. We got back to playing Sudoku
as soon as we were done with our food.

Kook’s and Bigg’s is part of a new generation
of restaurants that combine both fun and food. Even though the prices were
quite expensive, the food was well deserving of the prices. Since it is an
outside terrace, it can get a little stuffy in the mornings; make sure to ask the
waiter to set up an electric fan for you.

Kook's and Bigg's offers the service of hosting birthday parties and private functions.

Playing games while you wait for your food.

30LE for shisha is expensive by any standards.