Steak Out: Carnivorous Cave of Meat Now in Maadi 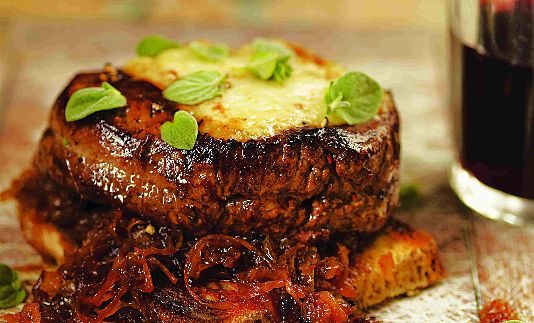 While neighbourhoods like Maadi and Zamalek are where restaurants with quirky and unusual ideas go to flourish, when we found out good old carnivore-friendly restaurant, Steak Out, had made its way to Maadi, we were very excited.

Known for offering reasonably priced meals, Steak Out has opened up a new branch just off El Laselky St. in Maadi. The décor of the venue is consistent throughout the branches, with the same shade of dark brown wood throughout and the red upholstery of the couches, in addition to the colourful paintings and rectangular dim-light fixtures on the walls. The venue definitely sets a nice tone for a wholesome meal.

With an international menu featuring everything from Tex-Mex appetisers to sandwiches, steaks, seafood platters and smoothies, it’s diverse enough to find something for everyone.

We were greeted at the door by a pleasant waiter who showed us to our tables, placed our menus in front of us, and asked if we needed anything besides water before retreating to let us browse.

We opted for a Mini Seafood Combo (47LE) from the appetisers, a medium cooked Steak Out Fillet with Fresh Mushrooms (98LE) as well as a Salmon Steak (92LE). Along with our food, we also had a Strawberry & Raspberry Milkshake (19LE).

Serving time took a little longer than average, but still within reason. The Seafood Combo platter arrived first, featuring two pieces of fried shrimp, some fried calamari and two shrimp rolls. The frying process was executed extremely well, retaining all the crunch and leaving no extra grease. Both the fried shrimp and fried calamari were excellent but the rolls were a little bland in seasoning.

The main courses came soon after. We ordered sides of white basmati rice and potato wedges with the Salmon Steak, and mashed potatoes and sautéed vegetables with the Steak Out Fillet. The Salmon, topped with buttered lemon sauce, was quite flavourful and slightly charred – in the best way possible – from the bottom, giving it an extra bit of texture and aroma. The sauce, while complementing the salmon nicely, was far too sour when combined rice, which left the rice as an afterthought in the dish. The potato wedges, combined with a ridiculous amount of butter and pesto, were a little undercooked and the raw potato centre was unpleasant.

The Steak Out Fillet was surprisingly delicious. Cooked exactly to medium, retaining a beautiful colour and the perfect amount of juice, it had similarly disappointing sides. Though it may seem strange to say, but the mashed potatoes were a little to creamy – almost squelchy, and were also bland with next to no seasoning. The sautéed vegetables were probably the best side of all, but still not particularly special – once again, the lack of seasoning brought the it down. Similarly, the milkshake was average at best, with the raspberry flavour not really coming through.

Any true steak aficionado will tell you that although the meat is the star of the show, the sides and sauces can turn a great piece of meat into an average meal. While the steak and salmon were excellent at the time of our visit, the sides were not. Despite this, Steak Out’s reputation alone will keep it busy in an area that is slowly taking over as the dining district of Cairo ahead of Zamalek.

The perfectly cooked steak - a rarity in Cairo.

None of the sides matched up to their mains.