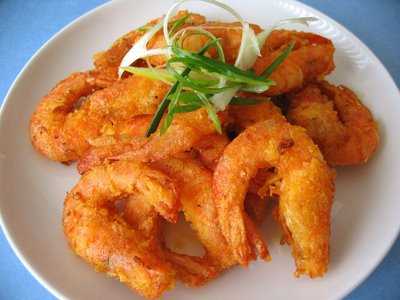 True seafood lovers in Egypt know that the best fish can be sampled in Alexandria, but since the coastal city is a few hours
north of Cairo,
we are always on the hunt for local seafood restaurants to keep us satisfied. Tata
in Maadi is one such stopgap.

The orange-tiled Maadi restaurant is simple: several
tables are set on either side of the long room with a case of fish on ice and
the kitchen towards the back. The lack of ambience speaks to Tata’s no-frills
menu. Customers come here for the food, not for the atmosphere and certainly
not for the service; so don’t expect waiters not to touch your bread with their
bare hands, and once you get your food; guard it for your life. The waiters get a little overeager when
bussing debris away from the table– while you’re eating–  and they’ve been known to brush a shrimp or
two out of their way to grab some shells off of your plate.If this unorthodox style of service doesn’t
put you off; then Tata is pretty pleasing.

Salads cost 3LE a piece and include tehina,
baba ghanough and marinated aubergine. Tata’s tehina is thicker than most and tastes very fresh. The baba
ghanough is fine but not exceptional. The marinated aubergines are delicious, tender
and spicy; you’d be misguided not to start your meal with an order.

Seafood soup comes in two varieties, regular
(20LE) and ‘evacuated’ (25LE), the difference being that the more expensive
option (oddly enough) lacks clams and crabs. The broth is thin but creamy and infused with lots of flavour from the
sea.   The white fish and calamari pieces are
a little overcooked, but not to the point of chewy disappointment. The crab
legs in the first variety are more for colour and flavour; as trying to pick
meat out of the tiny legs may be a little difficult.

Tata serves several varieties of fish,
including Tilapia (26LE per kilo). Fried whole, the fish doesn’t really stand
up to the heavy batter used by the restaurant, and without any special utensils;
picking the meat from the bone is a bit of a challenge.

Fans of Tata know that jumbo shrimp is where
it’s at. At 160LE a kilo, the massive shrimp are served either fried or marinated
with lots of garlic and tomatoes before being skewered and grilled. Both have their merits; so we suggest
ordering some of each. The grilled shrimp has a sweet, fresh taste enhanced by
the seasoning. However, the texture from the grill isn’t quite as nice as the
texture of the fried shrimp.

The fried shrimp have a delicious crispy coating
that seals all the shrimp’s juices inside. The texture is perfect; the meat is
succulent and flavourful. Both varieties
are a little messy as the heads are still on and you have to peel the shell
from the grilled shrimp, so don’t expect clean fingers from a meal at Tata.

Tata may not be the classiest seafood
restaurant in Cairo; but their shrimps make it worth a visit.

Tata is ideal for a group dinner so that you can sample several styles of seafood.

Shrimp is, hands down, Tata’s specialty.

The service leaves something to be desired.