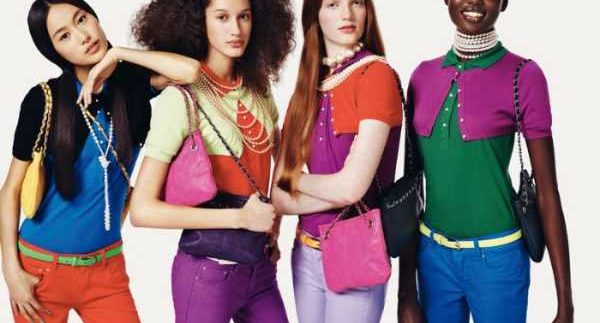 Benetton is known
the world over for funky colourful fashions and in-your-face politically
charged ad campaigns. Established near Venice in
1965 by the Benetton family, the Italian brand has now grown to nearly 6000
stores in 120 countries, including Egypt.

The label’s
branch in City Stars may put some off due to its association with high price
tags, but Benetton is actually one of the more affordable international brands in
the mall. Well, let’s rephrase that– it
is possible to find a few items that are on the lower end of the spectrum,
though the higher end is still also their friend.

We liked their
jeans: at around 230LE to 260LE for a decent pair of denims made of
thinner-than usual material, we don’t think they’re half-bad. The ‘in’ style of
super-slim cut may not be for everyone (certainly not us); so their fit may be
another story. We’re hoping next season’s styles are more forgiving.

Apart from jeans,
the store offered some cute tops in the range of 120LE to 160LE, though
admittedly they were limited and kind of basic. One brightly coloured see-through
chiffon short-sleeve top that caught our eye was going for around 435LE–
unfortunately more than we could bear. Basic
evening and office dresses were in the range of 200LE to 300LE, with some
approaching 400LE, while the more elegant office wear fell in the 400LE-plus
range, including tailored trousers, white shirts and well-fitted jackets.

We really wanted
to buy something but in the end nothing stuck– an affordable pink plaid shirt
was just not cute enough and sadly, the jeans were too tight on the bottom and
too loose on top (who’s shaped like that?). We also eyed some funky luggage and skimpy swimwear, but weren’t in the
market for either, though you might want to include them in your next search
for vacation gear.

Overall, we were
pleasantly surprised at not feeling completely derelict while walking into
their store, and they’re a definite option if you need something sharp, stylish
and not absurdly expensive.

Don’t overlook them on your next City Stars visit, you might find they’re cheaper and more stylish than H&M. Also, take a look upstairs for a collection of Benetton's higher-priced garments; you might stumble upon a lucky find.

A lot of their clothes are still generally pricey.