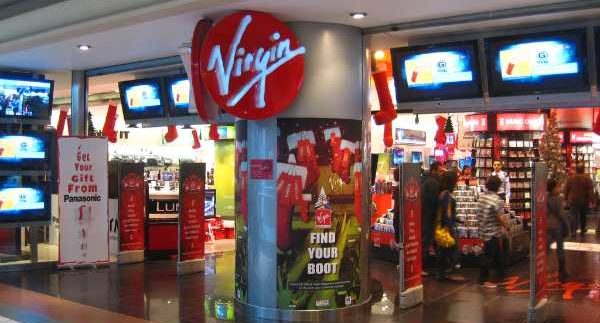 Once upon a time, over five years ago, Virgin Megastore was the first
flagship store to operate in City Stars. This was way back, even before
Spinney’s and Casper & Gambini. Virgin megastores took root in virgin
territory, and ever since then, the store has been the Nr.1 venue for all
things multimedia.

The store is roughly divided up into six sectors: books, consumer
electronics, audio CDs, DVDs, Gaming and toys. Even so, the title megastore
conjures up images of a sprawling estate, packed to the rafters with all
manners of products and a veritable black hole for your monthly salary. Sadly,
the reality is that Virgin occupies a space almost the same size as Zara
on the same floor, and both are way smaller than Spinney’s. An efficient male shopper can tackle a brisk
swim through the aisles in less than five minutes.

However, Zara doesn’t have a great selection of humorous graphic Tees and Spinney’s doesn’t have the hardcover edition of
Larousse Gastronomique; so what’s in a space? Virgin, it would seem, is perfect
for targeted shopping; procuring Paulo Coelho’s latest mental flatulence,
grabbing DVD box sets, picking up more iPod accessories– or indeed an iPod
itself.

The books section is remarkably large, and in fact seems to be one of
their best performing sectors. The cooking section alone is worth a weekly
pilgrimage (to those who are so inclined) and they also have a healthy
selection of self-help books with titles like How To Kick Your Addictions…NOW!, et cetera, et cetera. For the
aurally inclined, there are CDs– after all, Virgin does have its own music
label– ranging from Arabic pop down to ska and punk. Right next to the CD
section is the Apple corner, where you can find the latest iPods and Mac books
(no iPads yet, sadly) with their accessories.

Almost every item in the toys/tees section is exclusive to Virgin
Megastores. Nerf guns, Simpsons t-shirts and other little trinkets will bring
out the child in any greying man. A catty corner away, there is an entire wall dedicated
to the addiction that is video gaming. This is the place to be if you want to
pick up that new Warbeast guitar for your PS3 Guitar Hero. If there ever was a
time to take ’two princes‘ literally, then that time would be now. Right behind the toys section is a field of
DVDs, Arabic and English alike, as well as along the columns holding the store
up. Say what you will about DVDs as a physical media; at least in Virgin
Megastores, you will be spoilt for choice.

For a store that seeks to be the jack of all trades, one would worry
that it would end up as the master of none. But not so with Virgin; in City Stars,
unless you’re shopping for underwear, all roads lead to Virgin.

Books section has little overlap with Diwan and Shorouk, and is worth a visit

Ahly jerseys sold at the checkout counter– seriously, do we need to rub it in anymore?