Al Kebeer Awi: The Cool, The Bad and the Twisted Moustache 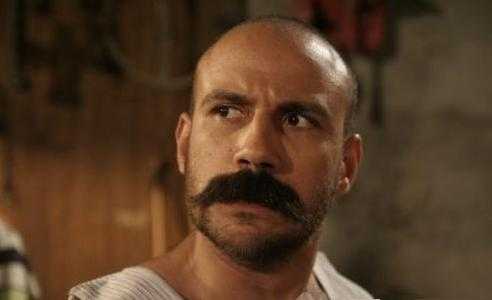 For years, we’ve
been suffering from a mild comedic output from our Egyptian TV. The sitcom
format got trendy in Egypt
during the late 90s, prompting the production of dozens of shows that exemplified the worst aspects of the genre. The outdated laugh track found a second life in
dismal Egyptian sitcoms, and recycled plot lines thrived in their scripts.

Having
played an integral part in the resurgence of Egyptian comedy with his funky
catheter in Tamer we Shawkia (one of
the few decent sitcoms of the last decade), Ahmed Mekki went on to solidify his
status as Egypt’s new silver screen funny-man with blockbuster hits such as this summer’s La Tarago’ Wala Esteslam. This Ramadan, Mekki is back on TV with Al Kebeer Awi, a comedy show that is–
for a change– funny.

The show
centres around a set of polar-opposite twins: Johnny, the all-American bad boy,
and Al Kebeer, a strict upper Egyptian, who only meet once their dying father reveals
to Al Kebeer that he has a long-lost twin set to inherit his enormous wealth. The
two must then meet face-to-face so that they can get their fair share of the inheritance
cake.

Set in the
fictional town of Mazarita– the Gotham City
of upper Egyptian villages– both Kebeer and Johnny occupy their father’s house,
resulting in multiple episodes of culture shock, clashes and appropriation. In
a twisted way, they find in each other the worthy adversary that they’ve each been
looking for.

The show
eagerly takes care of set-up in the first episode, and by the end of it, the
stage has been set for the duel. The first episode also delivers magnum comedic
punches; it opens with a curious battle with no strings attached to reality.
Aside from being hilarious, the scene shows how daring the show is. After the
first episode, the show takes a slight dip in quality. It falls back on verbal
fights between the twins, but every once in a while a scene pops up like the
one in which the Upper Egyptian hulk emerges
from the water with machine guns to restore the balance.

The problem
with Al Kebeer Awi is how
underdeveloped and under-utilised the side characters are. Aside from Ghanem,
who plays Al Kebeer’s wife and gets to groove with Mekki, the supporting cast
fail to make an impression. Shahin plays Thomas, Johnny’s consigliere and BFF
from the US.
Thomas is a meek character who, other than taking care of trite exposition and
boasting a hot pink Mohawk, adds little comedic value.

Equally
unexciting is his sister Ashley, who, despite being American, struggles to
string together a cohesive sentence in English. On the other hand, Al Kebeer’s
two sidekicks play more of a role in driving the comedy. A little contrived
they may be; but at least they have their moments.

Between the
two extremes, Mekki’s funnier moments come when he’s embodying the
Upper-Egyptian tradition. Al Kebeer is inherently funnier and his jokes come more
organically, whereas Johnny’s character comes off as a more predictable and
occasionally obnoxious stereotype.

Director
Islam Khairy does a good job with the technical challenge of shooting two
separate characters played by the same actor. Scenes with the twins flow smoothly
with some interesting shot choices that could only result from meticulous
planning. The set design is colourful, keeping in check with the overall tone
of the show, and music cues and editing tie everything together flawlessly.

With the
latest news reporting that Mekki suffered a broken leg during filming, it looks
like the 30-episode series will unfortunately be cut back to just fifteen episodes. This
is such a shame; out of all the different comedy shows, Al Kebeer Awi is by far the best and freshest offering on TV.