Big Fan: The Dark Side of Frantic Obsession 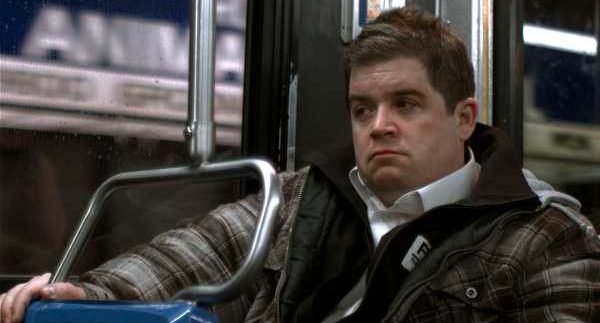 What is it about comedians giving stellar
performances? Is it because it goes
against our expectations, or maybe because no one understands the strains of
life better than the ones who get the joke?

Paul (Oswalt) is the biggest
fan of the New York Giants. Between an imminent midlife crisis and a dead-end
security job, the Giants’ fandom is Paul’s only excuse for a calling. His family endlessly nags him about his lack of ambition. His mother,
who still puts a roof over his head, is annoyed about his daily calls to his
favourite radio sports show, and both his siblings beg him to procure a better
job. However, none of them can get through to him, because none of them
understand how comforting and consuming an obsession can be; it’s the drug of
choice for the marginalized.

The film’s director, Robert Siegel also penned the script to 2008’s Wrestler, where Mickey Rourke sacrifices
himself for the sake of his legacy. In Big
Fan, Paul’s devotion endures a test of purity when the Giants’ star player
physically violates him, and subsequently, a chain of events leads to the team
falling behind in the season. Again, the main character has to choose between
himself and his identity; a dilemma that forces him to confront what he has been
escaping from all his life. Big Fan
doesn’t hold back on showing us the ugly truth.

Fandom imbues its comrades with a sense of self-importance, and at first, Big Fan makes light of the sentiment.
By midpoint, the film shifts gear from observing Paul and his vapid passion to
sharing the world from his perspective. Paul is served right by Oswalt’s comic talents. A huge comic book geek himself, the actor is no stranger to the
subject of fan obsession. And while it may be true that he’s playing a self-aggrandised
version of himself; that doesn’t make any less impressive the talent and
stamina that he brings to the film.

Siegel’s directing debut finds him without a clear voice. More of a
passion project, Big Fan proves how
big of a role Darren Aronofsky played in turning the wrestler into a twenty-first
century Christ figure. Despite the lack of a strong vision, Big Fan still manages to capture truth
in a challenging way.

Director Siegel was at one point the editor of the satirical online news website The Onion.