Blue Jasmine: Quirky Story of the Rise & Fall of a New York Socialite 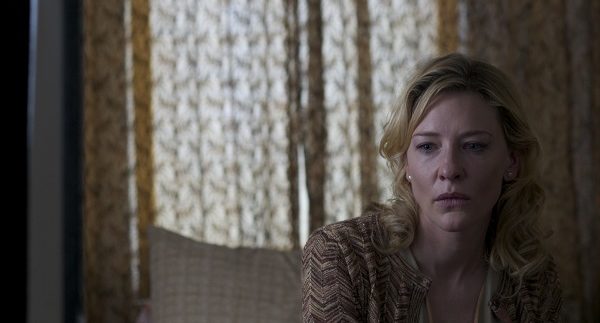 Even at the ripe old age of seventy-seven, and with over forty movies to his name, writer, director and actor, Woody Allen, continues to impress with his latest exploit of a fallen New York socialite, in the quirky and the incredibly emotional, Blue Jasmine.

Loosely based on the Tennessee Williams’ A Streetcar Named Desire, the story is cantered on Jeanette “Jasmine” Francis (Blanchett); a pompous Park Avenue princess who, thanks to her husband Hal’s (Baldwin) dishonest business schemes, is left without a penny to her name or a home to live in.

With no one to turn to, Jasmine flies to San Francisco to move in with adoptive sister, Ginger (Hawkins), and her loud-mouthed fiancé, Chili (Cannavale). Relying heavily on copious amounts of vodka and a handful of anti-depressants, it’s clear that Jasmine – often seen talking to herself – is on the verge of a nervous-breakdown.

Determined to make it through the rough patch, but still very much in denial, Jasmine acquires a  menial job as a receptionist at a dentist’s office; however, after an embarrassing run-in with her boss, Dr. Flicker (Stuhlbarg), Jasmine is forced to look elsewhere.  Things soon take a turn for the better, when she comes across a charming and an incredibly wealthy diplomat, Dwight (Sarsgaard), who, in her spoiled opinion, might just be the answer to all her problems.

Woody Allen has never had any qualms in writing and casting strong leading ladies and his obsession with the human psyche, intermingled with his own personal assortment of phobias and neurosis , continues to be the beating heart of his forever intriguing imagination. Shot mainly on the streets of San Francisco, with a few brief flashbacks spent on the New York’s Upper East Side, it’s nice to see a Woody work outside of Europe and the Big Apple.

Stepping behind the wheel in her very-first Woody Allen adventure, Blanchett is magnificent and ends up delivering a powerhouse performance in her portrayal of a woman whose complexities are both testing and somehow endearing. Undoubtedly, Blanchett is the movie’s shining beacon, however, she does receive great support from the rest of the cast; Baldwin is an ideal fit for the arrogant and devious Wall Street businessman, whilst bubbly-adoptive sister, Hawkins, is positively infectious.

Blue Jasmine is an honest, self-assured, funny and yet incredibly profound, character-driven drama that proves that Woody Allen’s very specific type of comedy really is timeless.

Cate Blanchett and Sally Hawkins were the only members of the cast to have the complete script during filming.