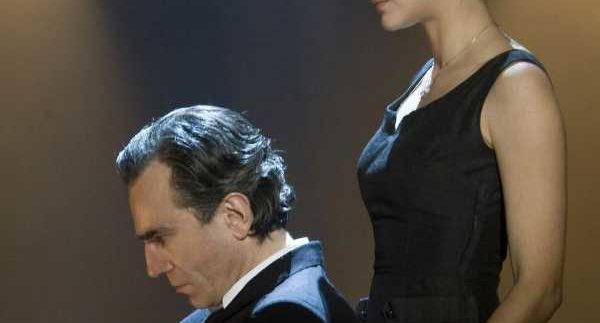 Musicals have always been a firm favourite with cinema goers, and if the success of Chicago and Moulin Rouge were anything to go by, then remaking Federico Fellini’s stage production of 8 ½  into a film was bound to be a hit. Unfortunately, that is not the case. Chicago director Rob Marshall takes on this film with a star-studded cast but doesn’t quite create anything close to a good film: the story is boring, the music is weak and the film is only marginally entertaining.

Despite the Academy Award-winning cast, this film is no Moulin Rouge. Day-Lewis plays chain-smoking Italian film director Guido Contini, who’s suffering from an apparent identity crisis as he attempts to write the script for his comeback movie. Drifting between fantasy and reality, the various women in Guido’s life tell his story and their connection to him through flashbacks, dance numbers and songs.

Cruz gives a strong but rather typecast performance as his lustful and temperamental mistress- her opening dance number involves a lot of rolling, tumbling and heaving cleavage that will make male audiences everywhere very happy.Cotillard plays the beautiful and neglected wife that sacrificed her acting career for Guido’s sake. After her incredible range as Edith Piaf in La Vie En Rose, this role seems almost too contained and predictable. A brief moment of brilliance, however, is her emotionally raw and sexually fierce performance of ‘Take it All’.

While film legend Loren flits in and out of the film as his mother’s ghost, and Dench gives a memorable performance as his long-suffering costume designer and confidante, the other leading ladies in Guido’s lives seem nothing more than beautiful padding to an otherwise drab film: both Kidman and Hudson are pretty to look at but have rather pointless roles.

Fergie plays the prerequisite gypsy prostitute that influences Guido’s youth and sings ‘Be Italian’, one of the few catchy tunes of the film.

Boasting breathtaking Italian scenery, beautiful costumes and some enjoyable musical numbers, the film nonetheless fails to measure up to Fellini’s classic or to even equal the fun of the Broadway musical.

Watch Fellini’s classic 8 ½ for some background.