Precious: Based on the Novel Push by Sapphire

Precious: Based on the Novel Push by Sapphire : A Provocative, Heartbreaking Portrayal 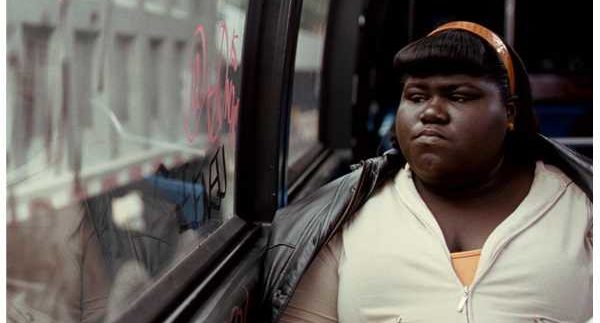 Don’t go watching Precious thinking you are in for a pick-me-up; it’s definitely not a feel-good film. This film is equally emotional and disturbing, and will make you feel for the characters no matter how ugly the twists and turns can be.

First-time actress Gabourey Sidibi plays Precious, a 17-year-old girl who doesn’t have much to look forward to. She’s been raped by her father and impregnated twice, has one child with Down Syndrome and is pregnant with her second. Illiterate and obese, Precious lives with a physically, sexually and emotionally abusive mother, brilliantly played by Mo’Nique. She moves to an alternative school where she meets a positive, inspiring teacher (Patton) who encourages her to experiment with self-expression and to cultivate a sense of self-worth.  While the film ends on a positive note, the journey is gloomy, harrowing and full of hopelessness.

Precious is the perfect example of how outstanding acting can save a film and keep the viewer invested in the characters. Sidibi and Mo’Nique give powerful performances that have landed them both Academy Award nominations, and for which Mo’Nique won Best Supporting Actress, while the film itself was nominated for Best Picture. With heavyweight guest appearances from a glam-free Mariah Carey, Lenny Kravitz and comedian Sherry Shepherd, the film is produced by the one and only Opera Winfrey, whose investment and championing brought the project to life.

This reviewer was not very fond of how the film was made, nor of the voiceover, which is poorly used in many novel-to-screen film adaptations. The dream sequence weakened the story, and it could easily have been removed with no effect whatsoever to the stream of events.  Also, the soundtrack interfered with the experience, and the story could have benefited from less or no music.

These small changes would have offered greater authenticity and credibility to an already convincing story. Again, Sidibi’s and Mo’Nique’s performances saved the film for director Lee Daniels in his second directorial attempt after the very mediocre Shadow Boxer in 2005.

If you can live with the filmmaking and the overall heaviness of the picture, it’s worth watching indeed.

Cider House Rules, The Color Purple, To Kill A Mockingbird

Watch a comedy immediately after you see this film; it’s heart-wrenching and borderline depressive.