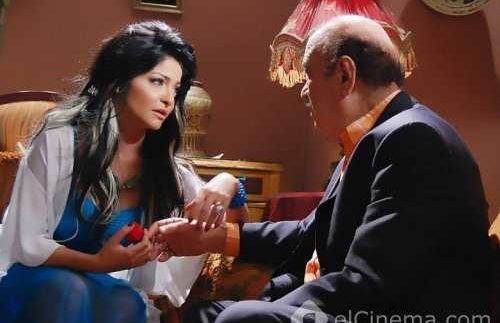 Loosely based on the
classic 80s film of the same name, Ramadan TV series El Aar (‘The Disgrace’) tells the story of a struggling family that
ultimately succumbs to greed. It’s a modern-day pulp serial, where characters
are constantly exposed to temptation and forced to make tough choices.

Part of the fun of
watching El Aar is to see how it deviates
from the original film. Some of the dramatic alterations are included to
stretch the story into a month-long series, while most of the updates are added
to inject more relevance into the classic text. Both the original 1982 film and
the new version are written by members of the Abu Zaid family. The old script
was written by Mahmoud Abu Zaid, while the new serial is the work of his son
Ahmed Abu-Zaid. The son-father relationship allowed a great deal of creative
freedom for Abu Zaid Junior to take his father’s original material and turn it
into a grander saga.

In the new El Aar, there are no drug lords; in fact,
the Abdel Sataar family members are all honest working individuals. The father
(played by Hassan Hosny) works in the leather business and owns a huge dye
shop. His older son, Mokhtar (Shaaban) is a street-smart fellow that dropped
out of school to join his dad’s business. Ashraf (Salama), the second son,
works in the police force, while the youngest, Saad works as a stock market broker.
The youngest of the four is Nora, a sweet girl with a strong sense of
integrity.

Everything is fine until
the father meets a younger woman named Naama and decides to marry her. The
father lets his sons in on his secret but he instructs them to keep the news
from their mother. Naama then starts advising the old Abdel Sataar to invest
his small fortune in shady operations and the old man adheres. After getting a
taste of easy money, he goes ahead and puts all his eggs in one basket by
investing in a huge shipment of expired medical supplies.

Then the unthinkable
happens, the old made dies from a heart attack and leaves his family in huge
debt, and the only way they can get out of this mess is by going ahead with the
expired medical supplies deal. It’s at this point that every family member’s
true colours show. Mokhtar and Saad take the devil’s route and decide to finish
what their father started, while Ashraf the cop, Nora, and the mother take a
vow to shun the dirty money.

El Aar asks to what extent
people are willing to go for the sake of money, regardless of the means.
Ashraf, the honest cop is faced with a tough ultimatum. His only son suffers
from a rare heart condition and the only way that he can survive is if he
undergoes an expensive operation abroad. At first Ashraf refuses to treat his
son with his family’s money, but under the pressure of losing him, Ashraf
crumbles and gives in. The lines between what’s right and wrong gets more hazy
as the characters become   more entangled
in crime; and redemption seems less and less of a possibility.

The show has a distinct
Egyptian flavour much like its big screen predecessor. Unlike other dramas from
the season, the picture isn’t crisp nor is it glossy; instead, it’s ghetto-vibrant
and organic, shot using the same Betacams used for Egyptian series in the 90s.
The colourful set designs and costume choices also heighten the modern pulp
quality of the story, but what truly takes it over the top is the choice of
music, from the urgent score filling the soundtrack with cheap thrills to the
opening and closing cues sung by shaabi crooner Adham.

El Aar’s players all do
a great job on screen and it’s all due to great casting. At first, the casting seems
a little odd, but after watching the show and seeing how harmoniously they all work
together, it makes sense. The standout is Shaaban, who despite a long history
of imbuing his characters with useless sleaze, plays Mokhtar with an infections
sense of fun. He’s like the insatiable bad guy that you find yourself rooting
for while watching a film.

El Aar airs all around the clock on nearly a dozen of channels. Check out it out on Al Kahera Wal Nas every night at 11:30PM or the repeat the next day at 1PM. Al Mehwar at 9PM, or Cairo Drama at 8PM.