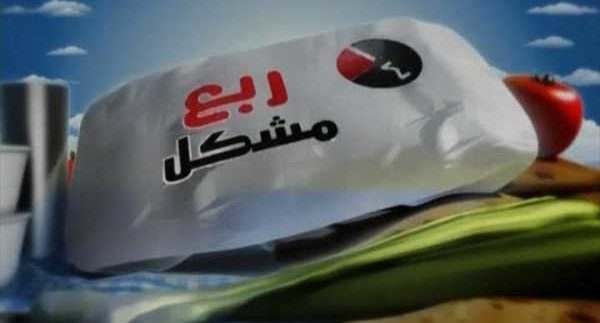 After last
Ramadan’s marginal success of the sketch comedy Lamba Show, the same team returns this year with the new yet almost
identical Robaa Meshakel (A Quarter
of Variety). The show is produced by Global Production, the same company that
brought us the original Abu Hafiza
show and a number of other variety comedy shows on Moga Comedy Channel.

Robaa Meshakel does not belong to the elaborate school of
sketch comedy of Saturday Night Live,
but more to the shorter form of Chappelle’s
Show and MTV’s Human Giant. That
is not to say that Robaa Meshakel
features the same kind of sharp and fast-paced humour; the show’s tone is more
akin to that found in theatrical Egyptian comedy, where performers have
demeaning exchanges and words are heavy with vulgar innuendos.

Busy bee
Mona Hala, who is impressively seen in five different shows this month, acts as
the star and the anchor of the show. Hala is a fierce performer that doesn’t
shy away from putting herself out there. She dresses in all of sorts of un-flattering
costumes, plays a wide range of characters and sometime ends up as the butt of
jokes about her personal hygiene. She is also a follower of the same Hend Sabry
theory that dictates ‘Shouting Equals Funny.’

The show
features a number of recurring sketches, each introduced by Hala via a
monologue delivered on stage. One has her playing a loud-mouthed chubby woman
called Om Mishmish, who hosts her own talk show titled Giza TV. Another sketch is set in a public hospital with a
Kevorkian supervising doctor that shows no sign of concern for his patients,
and has set up a snack stand in the ward to boost his income.

A segment that
got Robaa Meshakel a lot of heat
features the undeniably anti-Semitic character of Lieshaa– one of many
offensive ethnic stereotypes brought in for some desperate laughs. Lieshaa does
not really serve as an allegory for Arab-Israeli conflict as it would appear; he’s
merely a hackneyed stock character offering some zero-insight humour.

One of the
show’s main players, Mohamed Aley El Din, passed away shortly after production
wrapped and the show is dedicated to his memory. Watching Aley El Dien battling
cancer while he was still so committed to his work is truly inspiring and life-affirming.
His heart-warming smile never leaves his face.

Robaa Meshakel air daily on Moga Comedy at midnight and repeated the next morning at 11am.