The Deep Blue Sea: An Intense Film About All Consuming Love 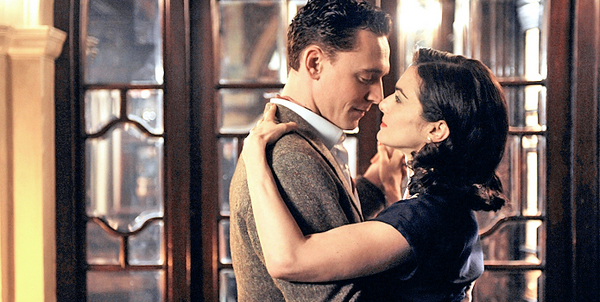 Set
in 1950s England, the film centres around Hester Collyer’s (Weisz) dilemma. Her
relationship with her judge husband, William Collyer (Beale), is loving, stable
and affords her a high level of material comfort. But while their life is perfect
on paper, it lacks passion – which she finds in the arms of Freddie Page
(Hiddleston); a considerably less wealthy RAF pilot who considers the war to be
the highlight of his life. Refreshingly enough, the film doesn’t take the
conventional ‘who will she choose?‘ approach. Hester picks Freddie and never
wavers in her choice. Instead, she focuses on the destructive effects of
obsessive love; on defining yourself in relation to another person and on
unrequited love.

The
film is intense and not just because it stars Rachel Weisz and Tom Hiddleston,
who probably have the most potent eyes in the business, though they are a large
part of it. The film focuses almost singularly on emotions to the point where
Hester barely considers the rational and materialistic sides of the equation.
Her single-minded focus on following her heart creates the kind of slow
burning, invigorating drama that keeps you riveted despite the small, intimate
nature of the story being told.

The
film would have never worked without its two phenomenal leads. To Weisz’s
credit, Hester never seems flighty, insane or immature. She comes across more
as a woman reacting to the stifling constraints placed upon her by her social
rank; who decides to take matters into her own hands and it’s very understandable
why she’d become infatuated with Freddie. There’s just something about
Hiddleston that makes him seem like an old Hollywood star, born in the wrong
era. He has the charm, the smirk and he wears suits incredibly well; definitely
the kind of man who could sweep a well-to-do lady off her feet despite the
financial gap. As a duo, their chemistry is off the charts and while the film
isn’t a romance in the straightforward, happily-ever-after way, it’s incredibly
passionate and occasionally heartbreaking.

Adding
to the film’s intensity is its sheer visual beauty. The costumes and set design
are simply stunning and the scenes are bathed in a golden glow that really
romanticizes them. The cinematography takes full advantage of the beauty on
display making it a gorgeous film to watch. And on top of that, the camera work
is frequently breathtaking. There are plenty of long shots that really drag you
into the scene and make you feel as though you’re drowning alongside
Hester.

The
film was originally a play and yet it’s perfectly suited to cinema where the
nuances in the actors’ performances can be better appreciated. The story isn’t
anything new but the heights it reaches in regards to toying with the viewer’s
feelings before completely shattering them, are rather exceptional and due, in
no small part, to the gorgeously old-fashioned score. It’s an impossibly
romantic film, equally tragic and just devastatingly beautiful.

Terence Davies, the director, decided to cast Weisz as Hester after seeing her in Swept From The Sea. Apparently he’d never heard of the Oscar winning actress before.