This Is It: Michael Jackson’s Music Legacy 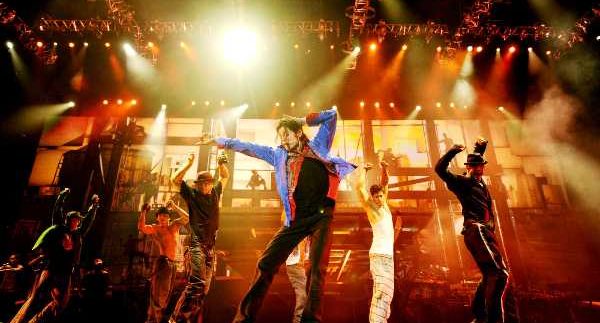 This film really needs no introduction. With the world awaiting the start of his 50-date stint at London’s O2 Arena, the news of Michael Jackson’s sudden death sent shockwaves across the globe and any new, previously unseen footage of the music legend was lapped up by the fans, media and public alike. So it was no surprise that This Is It was released so soon after his passing – the clamour for MJ tidbits was insatiable.

The man, the legend and the musician delivers one final curtain call in This Is It, taking a stride forward that he never could have achieved in his shortened life. It’s not the most definitive concert film that many had hoped for, but instead it humanises and offers glimpses into the complex life of the King of Pop.

No need for analysis or sombre recollections of the man who revolutionised pop music and the art of concert making, but This Is It will forever be special for his millions of fans and thoroughly enjoyable for those who didn’t get the opportunity to be mesmerised by Jackson’s talent.

What this music concert documentary offers to both Jackson’s ardent fans and music lovers alike is a rare, behind-the-scenes look at the performer as he developed, created and rehearsed for his sold-out concerts at the O2 Arena. Chronicling the months from April through June 2009, the film is produced with the full support of the Estate of Michael Jackson and drawn from more than one hundred hours of never-before-seen footage, featuring Jackson rehearsing a number of his songs for the show.

In raw and candid detail, Michael Jackson’s This Is It captures the singer, dancer, filmmaker, architect, creative genius and great artist at work as he creates and perfects his final show. Kenny Ortega, who was both Michael Jackson’s long-time stage show director and creative partner, orchestrated the whole documentary in tribute to the maestro.

It’s definitely a not-to-miss release and a final chance to watch a performance by the master of stage.

Keep your eye out for the never before released single on the movie’s soundtrack.