What’s Your Number?: Sub-Par Rom-Com with a Great Cast 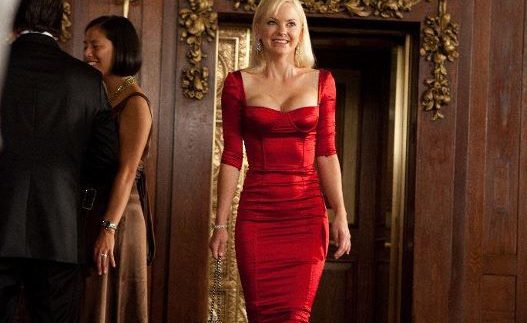 During the prelude to her little sister’s wedding, Ally (Faris) breaks
up with yet another guy. Fed up with the endless string of men who just refuse
to commit, and egged on by a magazine article that claims women who sleep with
over twenty men will die single and with low self-esteem, she decides that the
next guy she sleeps with, guy number twenty, will be her husband. In an attempt
to keep her number down, she recruits her commitment-phobe neighbour Colin
(Evans) to help her track down her exes to see if any of them have grown
into marriage material.

It’s quite astounding how a film with such a great cast turned out to be
so meh. Based on the comic talent alone, this should have been gut-bustingly
hilarious but alas, the only thing it proved beyond doubt is that Anna Faris is
seriously underrated and a real trouper. She’s wickedly funny but nobody seems
to know what to do with her. Evans, who has good comedic timing, coasts along
on the strength of his abs and killer smile but it’s Faris who keeps the film from
completely unravelling. Ari Graynor, another similarly underrated actress, is
great as Daisy, the bride. The scenes between Faris and Graynor, which
generally revolve around their problems with their headstrong mother, are
especially funny. The excellent cast also extends to the various cameos that include Zachary Quinto as a hardcore environmentalist and Andy Samberg as
a seriously creepy puppeteer with a very unhealthy
obsession with Daisy.

The film has a rather shoddy, cheap look, bordering on unfinished. While
most of the action takes place during the present day, we’re treated to small
flashbacks that show how Ally first met each of her exes. These flashbacks are
differentiated from the present-day storyline in that the former’s frame is
smaller in size than the latter. It looks like the kind of solution an editor
would use as a temp until something more creative and finished came along.
Another problem, which can be blamed on both the script and the editing, is the
length of the film and the fact that the jokes drag on until they’re no longer
funny.

On the plus side, though, the film has a very sweet message and it isn’t
mean or malicious in the slightest. Ally is never painted as a desperate idiot
for wanting to be in a relationship and she’s never looked down upon, shamed or
punished for it.

Despite being hindered by production values that aren’t on par with the
on-screen talent, What’s Your Number?
isn’t completely without merit; though with a premise like this, it may have
worked better as a sitcom instead of a rushed film.

Based on the novel 20 Times A Lady by Karyn Bosnak.

A Belly Full of Mahshi: 11 Places to Get Stuffed with Egypt’s Famous Specialty