Winter’s Bone: The Most Unlikely Detective 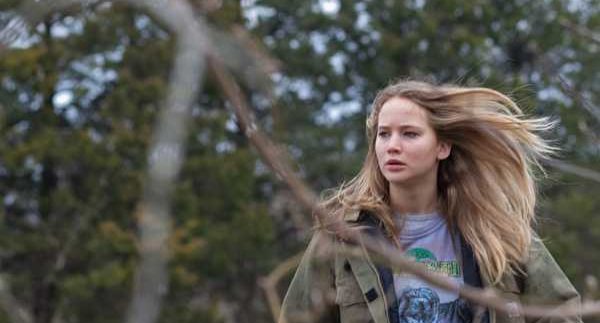 It’s nearly the end of 2010 and the cream of the cinema crop is rising
to the surface. All the small gems that went unnoticed amidst the summer
blockbuster sandstorm are getting more attention now that the awards season is
approaching. Winter’s Bone is one such film; it deserves high
praise for its immersive portrayal of the grim backwoods of Midwest America.
This little neo-noir is haunting in its oppressiveness; moving slowing at
first, but gathering an unrelenting emotional storm that leaves you with a
stark chill.

Winter’s Bone gets off
to a downbeat start, focusing on Ree (Lawrence) and her family. She’s a strong girl: not only does she have
to take care of her two younger siblings; she also has to look after her
chronically depressed mother and fill in for her absent father. Ree spreads
herself thin trying to hold the family together, but the hardship is exacerbated
after she learns that her father has put their home up as his bail bond. The
local sheriff comes to inform her that she has to leave the house in a matter
of days, but Ree tells him that she’s going to take her father to court.

As Ree sets
out to find her runaway father, she unknowingly stirs up the waters in her
community. As she moves door to door asking locals about her dad’s whereabouts,
she finds herself neck-deep in trouble with the local meth makers.

The cold, moonlit woods teach only one rule of survival: every man for
himself. As blood bonds are tested, and people are forced to show their true
colours; the film’s central mystery becomes less of the focus. Caught between tradition, self-interest and
family ties, Winter’s Bone studies the
dark nature of humanity, revealing some surprising revelations.

Writer-director Debra
Granik joins the emerging slew of talented female directors like Kathryn
Bigelow (winner of last year’s Oscar for The
Hurt Locker) to craft another gritty life-encompassing drama. Her vision
and insight are not locked in the feminist point of views that her peers
comfortably oblige to. She’s a keen observer of habitual behaviour, and she
seamlessly channels the suburban camaraderie between the characters with an
ever-increasing revelation of their humanity.

The sheer vigour of Lawrence’s fierce performance propels
Winter’s Bone until the end. She
turns Ree into an unforgettable heroine that stands up against brutal turbulence. Although watching her
withstand unrelenting pressure can be unsettling; Ree’s tenacity yields
a hopeful conclusion.

Down to the Bone, This is England, Fargo

Winter’s Bone was originally set in the dead of winter. After a few rescheduled shoots and a change in production companies, the filmmakers were left with no choice but to shoot the film in autumn.