!Women Art Revolution: The Feminist Art Movement in the US 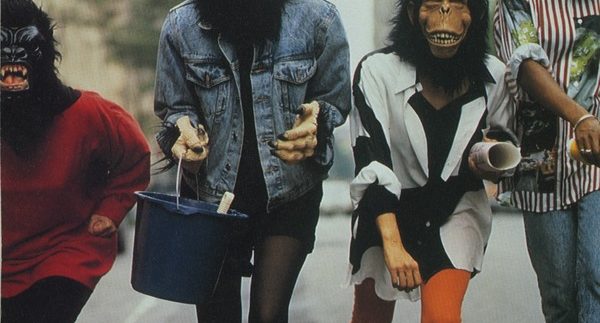 Art
isn’t made in a vacuum and is often a reaction to, or a product of, the
surrounding socio-political environment. This documentary chronicles one of the
most important movements that grew out of a turbulent social and political
period, namely: feminist art in the US.

Born
in the 1960s, the feminist art movement was one of the ways in which women
articulated their demands, anger, opinions and hopes. It was also a reaction to
the dominance that straight, white men had over the art world.

The
documentary is mainly made up of interviews with the most important female
artists and curators of the time and spotlights their work and their struggle
to have feminist art be taken seriously.

Artist
Lynn Hershman Leeson started working on this project over forty years ago,
accumulating over 12,428 minutes of footage, and out of this immense effort, an
unfortunately slight film was born; one that meanders and goes off on
unnecessary tangents rather frequently.

The
film focuses more on the artists than on their work or its impact. Many of the
artists interviewed aren’t that compelling as interviewees, so it’s hard for us
to care about their squabbles. Despite their screen time, we don’t get to
know them well enough to care. This format may be found interesting to their
acquaintances, or to those who are already familiar with the artists and their
work, but it doesn’t make for an ideal film for the casual viewer.

The
artists’ work is merely shown in quick images. During
the segment on the Guerrilla Girls – a group of feminist activists who protest
while wearing gorilla suits – you barely have enough time to skim the headlines
of the text heavy posters shown.

Also,
the score and narration, the latter of which is provided by director Lynn Hershman-Leeson’s
rather monotonous voice, are pretty irritating and distracting.

On
the bright side though, it works as a good introduction to the subject and it highlights radical feminism as a political ideology. One point that the artists make
over and over is that by virtue of being women, their lives are already
politicized which makes their art political by default. The phrase ‘the
personal is political’ is mentioned and really sums up the
relation these women have to their art.

In
fact, one of the more famous pieces of work, Judy Chicago’s Dinner Party, was so provocative that the senate almost succeeded
in passing a motion to prevent it from going to Washington. The film spotlights
a variety of art work such as performance art, photography and installations.
It also discusses how race and sexuality, along with gender, affect the
artist’s hierarchy within the art world.

What’s
infuriating about this documentary is that it should have been so much better
considering the subject matter and the fact that the director has been a part of the movement since its inception. It just doesn’t do the movement justice.

The artists interviewed include people like Judy Chicago, Miranda July and Martha Rosler.