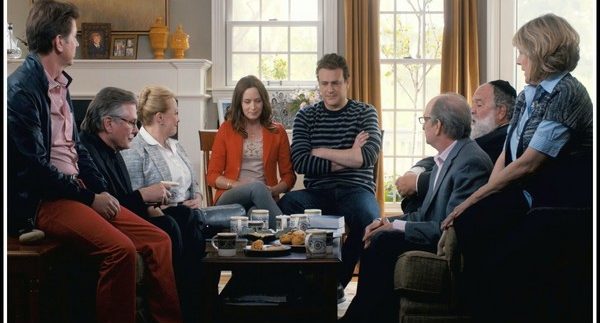 A short while after Tom (Segel) and Violet (Blunt) decide to get
married, Violet gets her dream job at a far off university prompting them to
put off the wedding until they get settled in. Tom quits his job as a chef and
moves with her for what was initially planned to be a two year stint. As
Violet’s star rises at the university and their stay begins to acquire a
semblance of permanence, Tom becomes something of a failure both on a career
level and on a personal one. With their problems piling up, the couple keep
putting off their wedding amidst their families’ insistence that they’re
perfect for each other.

The Five-Year Engagement is
perfectly cast. Blunt and Segel are impossibly endearing as the lead couple and
they succeed in making a duo that you just have to cairorevamp_user for even when happiness
doesn’t seem to be in the cards for them. But it’s not just the leads that are
great; Pratt as Tom’s friend Alex and Brie as Violet’s sister Suzie are
incredible. They, hands down, are the film’s secret comic weapon. It’s
impossible not to giggle your head off while they’re on screen, even more so
when they’re opposite each other. And then of course you have people like Rhys
Ifans and Mindy Kaling in smaller, but no less funny, roles.

While the cast goes a long way in making the film hugely entertaining to
sit through, it must be said that they were given great material to work with.
The jokes here are actually funny and there’s a constant flow of them. They’re
born out of situations that feel real and aren’t amplified to the point of
absurdity. Even the film’s running gags manage to be entertaining each and
every time they’re trotted out. The film isn’t all laughs though; Tom and
Violet go through their share of hardships and this succeeds in grounding the
film in reality. But while you might hurt for the couple, the film doesn’t get
depressing nor does it veer into the painfully awkward.

The Five-Year Engagement is sweet without being saccharine and real without being gloomy.
It’s a feel good film, and while it lags slightly in the middle, it’s still
tremendously good fun and has a perfect beginning and end that more than make
up for it. The jokes are funny, the cast is stellar and the leads are adorable
both together and apart.

In addition to writing this film together, director Nicholas Stoller and Jason Segel co-wrote The Muppets and Get Him To The Greek.