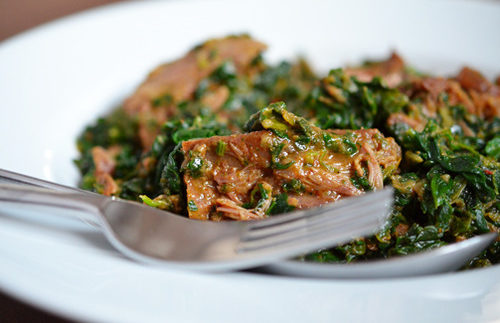 Indian restaurants in Cairo are among the most haphazard and inconsistent on an already unpredictable scene. While the cuisine is a popular one in the capital, the execution of the dishes here varies from spot-on to way-off.

When we heard about a new Indian restaurant in Maadi, needless to say, we dropped by as soon as we could. Another feature of Indian restaurants in Egypt is that they all look exactly the same; dark wooden chairs and tables, dim lighting, Indian murals and paintings on the walls, and Maharani is no exception.

Located on the currently booming with good food Road 6, Maharani takes up a modest space that was mostly empty upon our arrival. We were greeted at the door, shown to our seats and menus were laid out before us in not time. The loud Indian pop music coming from the TV was a bit of a distraction, but then loud pop music coming from any TV in any language is a bit of a distraction at a restaurant.

We dove into the menu looking to test how Maharani does with the classics; Butter Chicken (40LE) and Vegetable Biryani (30LE). We also opted for Saag Gosht (45LE) and Kashmiri Pullao (40LE), as well as Karak Rolls (15LE) from the appetisers, Butter Naan (10LE), Cheese Naan (15LE) and a Mango Lassi (15LE) to wash it all down.

Our food was served in about twenty minutes and boy, were we surprised. One of the amusing features of the restaurant is that they serve water in glazed clay cups and the Biryani is served in what looks like a glazed clay vase. Little gimmicky features aside, the food was astounding.

The Karak Rolls were served first along with the Mango Lassi. The rolls are basically breaded chicken rolls stuffed with cheese. On their own they were a little dry and uninteresting, but took on a different flavour altogether when dipped in the sauces that were to come. The Lassi is a traditional yogurt based drink, mostly served savoury, but in this case, it was mixed with mangos and actually tasted very refreshing.

The Butter Chicken was some of the best we’ve tried; The chicken tasted fresh, clean and tender, while the sauce was phenomenal, finding a perfect balance between the exotic spice flavours and creaminess. The Vegetable Biryani was a perfect combination, as was the Naan bread, which was served hot and delicious.

The Sagg Gosht – a slow-cooked spinach-based curry with lamb cubes – had us confused on what our favourite dish was. The lamb was cooked to a beautifully tender state, while the spinach curry was just as creamy and flavourful as the butter chicken. The Kashmiri Pullao – basmati rice with dried fruit and cashews – was, again, a perfect complement to the main course.

The main’s portion weren’t as big as we expected, but the quality of the food was through the roof and we were indeed full by the time we were done. Our only problem with the restaurant is the restaurant itself – it verges on parody.